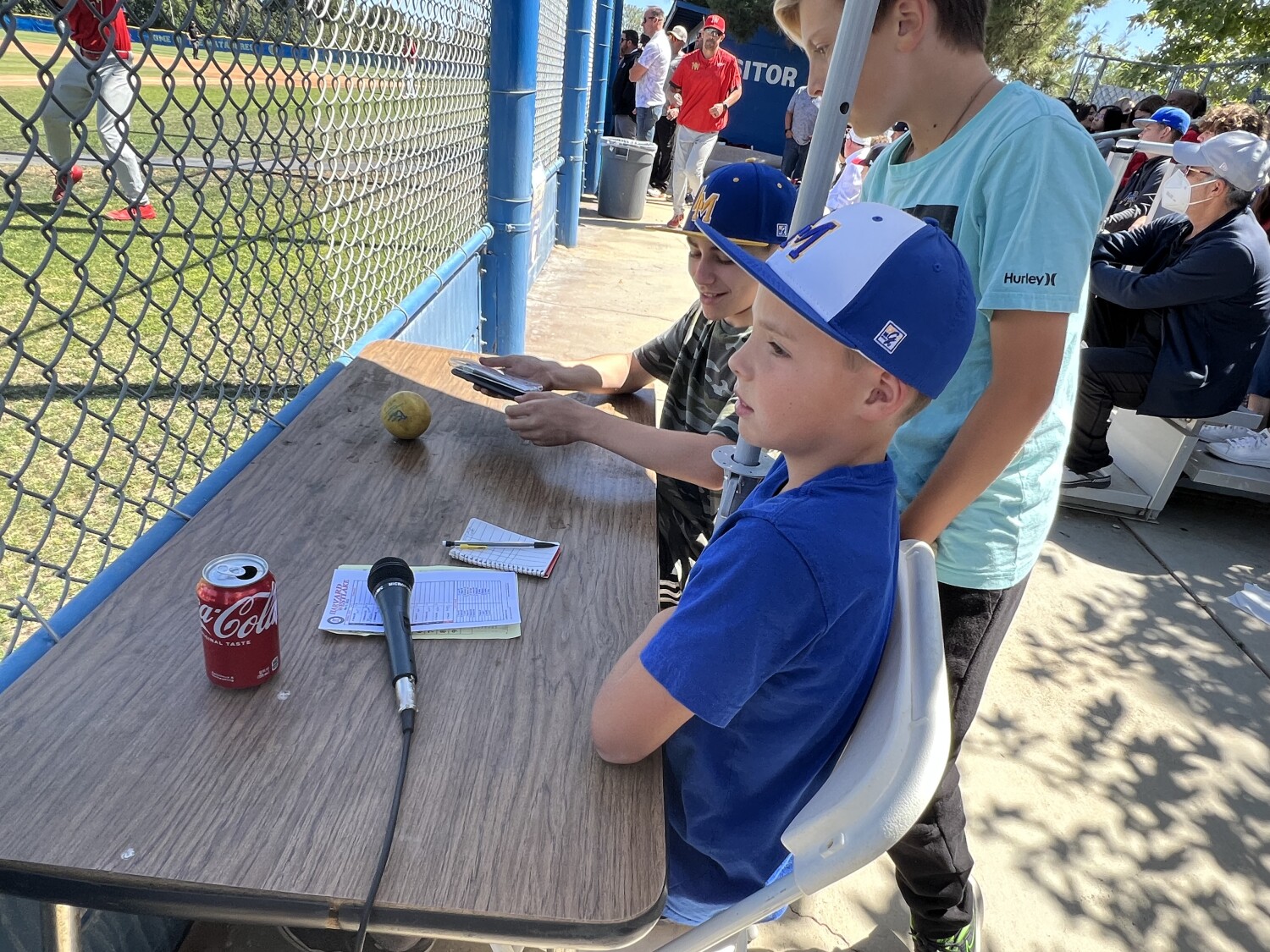 The young voice on the public address system at La Mirada High baseball games makes you turn your head to see if the voice matches the person.It does. Ryan Zurn, the 10-year-old son of head coach Jimmy Zurn, handles the job with the professionalism of someone much older.“He’s wise beyond his years,” his father said. “He’s like a 59-year-old man reading the newspaper with a cup of coffee. His idea of a birthday is him and five adults at Chili’s.”He performs his job so effectively you wonder if he has a future as an announcer. His voice is confident and clear. He pronounces names correctly. At the end of innings, he recaps what happened with the precision of a computer. At the same time, his young friends gather and eat popsicles and drink sodas next to the snack stand. He stays focused and embraces the responsibility entrusted in him.“I’m just thinking, ‘Don’t think of all the people there.’ Just announce and worry about the game,” Ryan said. Newsletter Get our high school sports newsletter Prep Rally is devoted to the SoCal high school sports experience, bringing you scores, stories and a behind-the-scenes look at what makes prep sports so popular. Enter email address Sign Me Up You may occasionally receive promotional content from the Los Angeles Times. He’s announced every La Mirada home game for nearly two years. He’s got a baseball IQ for either playing or announcing. It’s great that his parents trust him with such a public responsibility at a young age. He’s no homer, either. He announces with fairness, though La Mirada names receive a little more energy in his voice. He stays focused on his job for seven innings. “I don’t worry about him,” his father said. “When he comes, I leave our lineup and he goes to the opposing coach and asks for theirs. I don’t write him scripts. He’s all on his own.”At exactly 2:32 p.m., the fifth-grader leaves his elementary school to make the La Mirada home baseball games and take over the microphone. It started last year. His father was looking for an announcer because it made the game better.“He asked me, ‘Would you like to announce the games?’ At the first game, he said I did good and kind of let me be. It’s just amazing. It’s a privilege I get to do this.”His mother told him he might be a good commentator because he has grown up watching New York Mets games on television, paying particular attention to broadcaster Gary Cohen.“I’ve always been watching the Mets since I was little,” he said. “I love watching baseball. We usually watch the Mets’ broadcasts and their announcers. I look up to them because I like how they announce.”Fans appreciate him, from home to visiting teams, because he rarely gets a name wrong.“He trusts me to pronounce all the names right,” Ryan said of his father.Dad is sure getting a good deal on employing his son. He works for a soda and hot dog from the snack stand and maybe a little dinner after games.La Mirada is getting a new all-turf field and major stadium improvements with a 14-month project that begins next month. The team won’t be able to use its field in 2023. But it will play home games at nearby Biola University, and Ryan will be there to provide announcing in-between school and playing Little League games, where he plays second base, left field, center field and right field.Asked whether he wants to be a major leaguer or announcer when he grows up, he said, “I’d love to do both.”His proud father wouldn’t be surprised with anything he does.“I always say he’s going to be president of the United States one day,” he said. “I wouldn’t be shocked.”