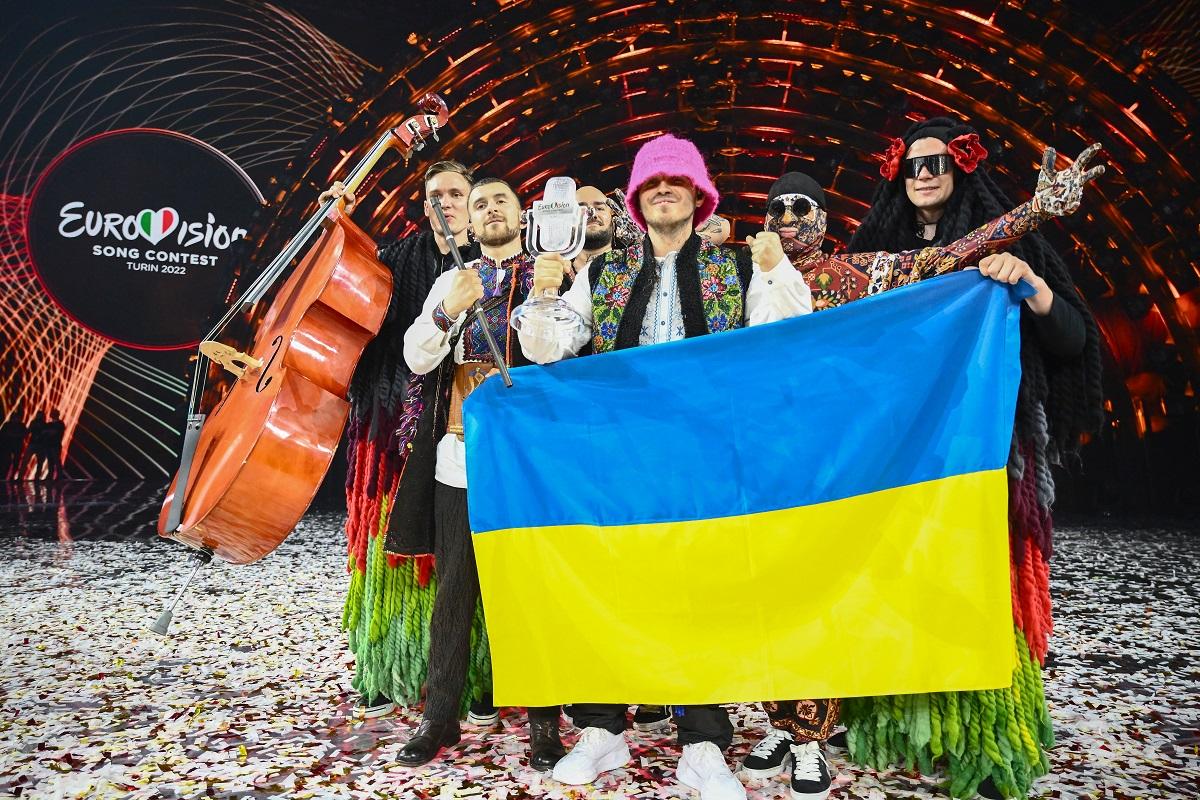 Members of the band Kalush Orchestra pose onstage with the winner’s trophy and Ukraine’s flags after winning, on behalf of Ukraine, the Eurovision Song contest 2022 on May 14, 2022 at the Pala Alpitour venue in Turin. Marco Bertorello/ AFP KYIV — Ukraine’s Kalush Orchestra, which won the Eurovision this year, has auctioned its trophy for a $900,000 donation to a foundation that helps the Ukrainian army. The trophy—a large crystal microphone with the song contest’s logo—was put up for auction on Facebook. The bidding ended Saturday night and was won by WhiteBIT, a Ukrainian bitcoin company. “You guys are amazing!” Kalush Orchestra wrote on Facebook late Sunday announcing the winner. “Special thanks to the WhiteBIT team who bought the trophy for $900,000 and are now the rightful owners.” The band said that funds raised in auction, which could be entered using cryptocurrencies, will be donated to the Prytula Foundation, which helps the Ukrainian army. The group Kalush Orchestra won the European contest on May 14 with its song “Stefania” mixing hip-hop and traditional music. Russia, which invaded Ukraine on February 24, was excluded from the competition. — Agence France-Presse