Moscow-appointed authorities and tens of thousands of residents flee Kherson 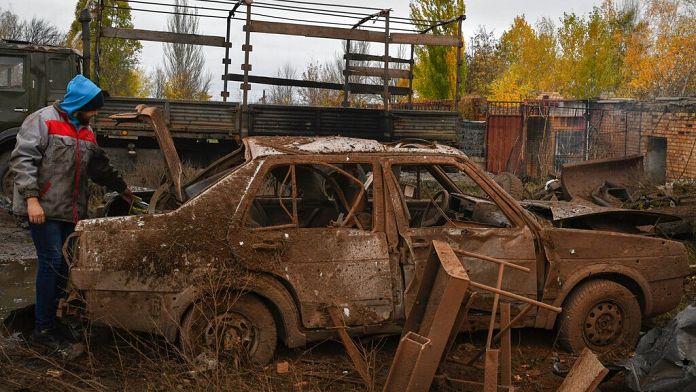 Moscow-appointed authorities fled the capital of the Kherson region in southern Ukraine, along with tens of thousands of residents, with Ukrainian forces weakening Russia’s hold on the city.

Ukraine has carried out its offensive to reclaim the Kherson region and its capital of the same name, which Russian forces captured during the first month of the war.

More than 70,000 residents of the Kherson city area have been evacuated in recent days, Kremlin-installed governor Vladimir Saldo said Thursday.

Members of the Russian-backed regional administration were included in the evacuation, Deputy Governor Kirill Stremousov said.

The monuments to Russian heroes were also moved, along with the remains of Grigory Potemkin, the Russian general who founded Kherson in the 18th century, which were kept in the city’s St. Catherine’s Church.

Ukrainian forces have surrounded Kherson from the west and are attacking Russia’s foothold on the west bank of the Dnieper River, which divides the region and the country.

Meanwhile, Russian forces continued to carry out attacks on Ukraine’s energy infrastructure across the country, causing growing concerns ahead of the cold winter period.

“The Russians are using drones and missiles to destroy Ukraine’s energy system before winter and terrorize civilians,” Kuleba said in a televised commentary.

Kuleba announced new continuous blackouts and urged consumers to save energy. He said authorities are still evaluating the details of the blackouts needed to restore damaged electrical systems.