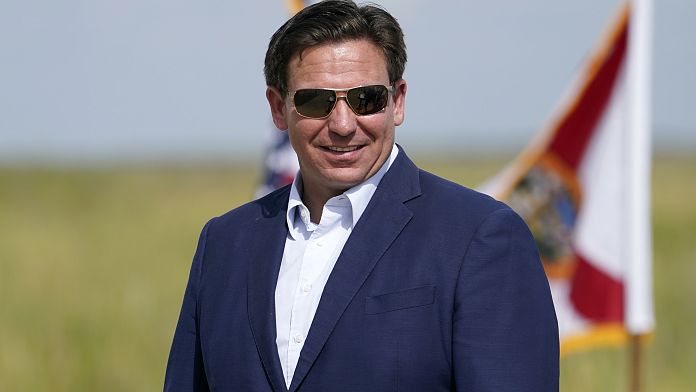 Former US President Donald Trump is lashing out at Florida Governor Ron DeSantis, as rivalry between the two Republican leaders simmers in the wake of Tuesday’s midterm elections.

In a series of posts published Thursday on Truth Social, Trump called DeSantis an “average Republican governor” and took credit for the politician’s success.

He also accused “Ron DeSanctimonious” – Trump’s new nickname for the governor – of playing without announcing his presidential ambitions for 2024.

“He says, ‘I’m just focused on the governor’s run, I’m not looking to the future.’ Well, in terms of loyalty and class, that’s not really the right answer, “Trump said in a statement and post on his social media platform Truth Social.

The former president has hinted that he will run for president again and has already anticipated a big announcement on November 15, when he should make his second official candidacy for the White House.

Ron DeSantis was re-elected governor of Florida with nearly 60% of the vote, while many Trump-backed candidates scored poorly in Tuesday’s vote.

DeSantis is expected to run for the party’s nomination for the White House in 2024.

DeSantis, whose campaign did not return a request for comment, has so far not publicly responded to Trump’s attacks.