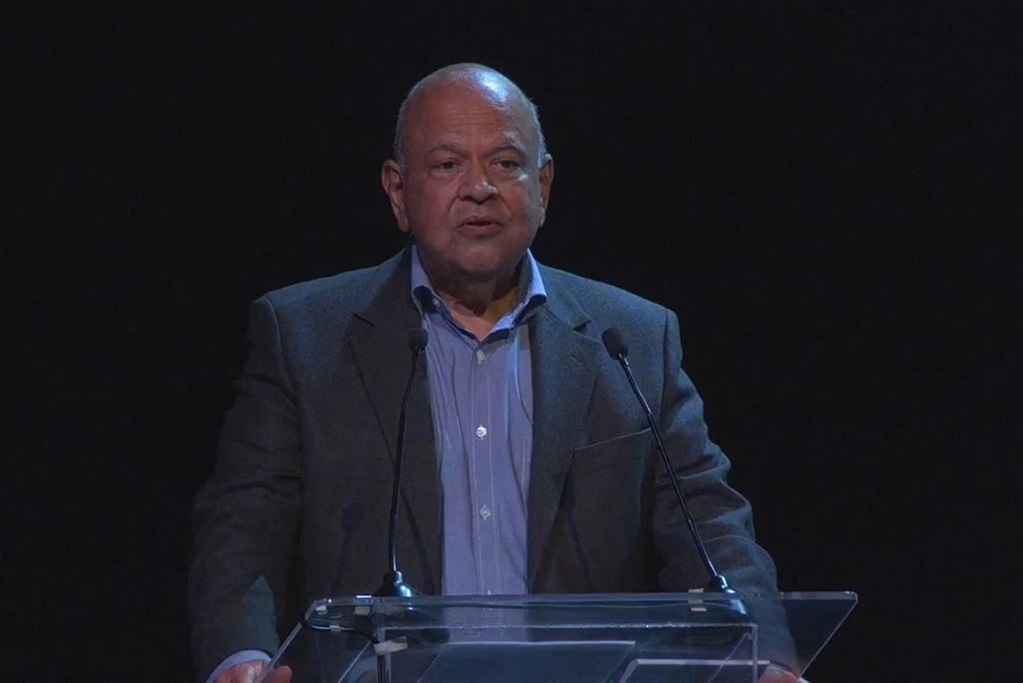 Achieving a just transition to sustainable energy in South Africa mirrors the challenge faced by anti-apartheid activists in the 1970s and 1980s in mobilizing diverse groups of people to participate in change, according to Public Enterprise Minister Pravin Gordhan.

The minister on Friday gave the closing speech of the two-day multi-stakeholder conference of the Presidential Commission on Climate Change (PCCC) on just transition.

Stakeholders in government, business, work, communities and civil society have had the opportunity to voice their concerns about the challenges and share their hopes on the opportunities for achieving a carbon-free and climate-resilient economy. .

A key message throughout the conference was the imperative that the transition be “people-centered”. Gordhan said South Africa’s 60 million citizens must be a focal point for change.

“The challenge you will face is the challenge we encountered as activists in the 1970s and 1980s: how change is brought about in South Africa through a process of mass mobilization,” he said.

Minister of Higher Education, Science and Technology Blade Nzimande echoed the view that driving the just transition requires the cooperation of stakeholders in society. He noted that the delegates representing the communities felt excluded from the transition.

“Sometimes there seems to be tension between community representatives and workers’ representatives. I think we have a lot to learn from our struggles against apartheid in the 1980s from the close relationship between workers and communities.”

Nzimande said the platform created by the PCCC should be used to catalyze relationships between stakeholders. In this way tensions can be managed and there can be unity, particularly between workers and communities.

READ | Gordhan: Cargo shedding “may” move on to phase 1, but Eskom maintains the status quo

Building on this, Gordhan shared that the CCP, by developing a just transition framework, aims to bring together a single set of goals that different stakeholders can contribute to, agree on and work for. “If we don’t get this consensus and this convergence, we will continue to pull in different directions,” said Gordhan.

The CCP is essentially creating the framework for a social compact that is co-created by different interest groups who feel representative and can participate in the process in the truest sense of the word.

But trust is an important factor and lack of it can be an obstacle to the desired cohesion.

Gordhan said continuing to meet, engage and visit transition-affected communities, as the commission did in the last few weeks before the conference, will help build trust.

“There will be differences from time to time, but this is where negotiation skills and conflict resolution skills will come into play, so that, despite the different perspectives, we will find common ground.”

What undermines mobilization is a “corrupt and unethical” practice, he warned.

Gordhan said there is now an opportunity to address development and climate issues and those issues facing democracy.

Democracy must be protected against elites and interest groups who are trying to “hijack” it and prevent it from serving the people, he explained. As a remedy, ensuring that people’s voices are heard and included in the trials is important for deepening democracy, she added.

Just transition must be meaningful to those affected: they must be able to participate in the process so that they too can realize the benefits. These benefits can be jobs, training and even less pollution, Gordhan said.

READ | 5 ways SA can achieve a just and equitable transition

The importance of including workers and communities in developing the framework was underlined so that they do not take on the risks of transition without sharing opportunities.

But some delegates representing young people and people with disabilities have expressed concern that their participation in the process is not being taken seriously. One delegate noted that the voices of young people were “suppressed”.

Mbulaheni Mbodi, a commissioner representing labor, spoke of the importance of ensuring the participation of young people in the process. “If we don’t inform them [youth]they will blow up what we’re trying to build, “he said.

Ayakha Melithafa, commissioner and representative of youth, said that for young people, views on business exceed those of society and people on the ground facing the harsh effects of climate change. She also asked the CCP to host the conference at a time when young people would be in school or college and consequently would not be able to attend.

“We want to be part of the co-creation of the framework and the implementation process,” he said.

In a press release following the conference, the CCP said it will continue to engage with the workers and communities most affected by climate change to ensure their voices and experiences are taken into account.

The PCCC Just Transition Framework project will be updated after taking into account the comments received.

The framework will then be presented to the Cabinet for consideration in mid-2022.