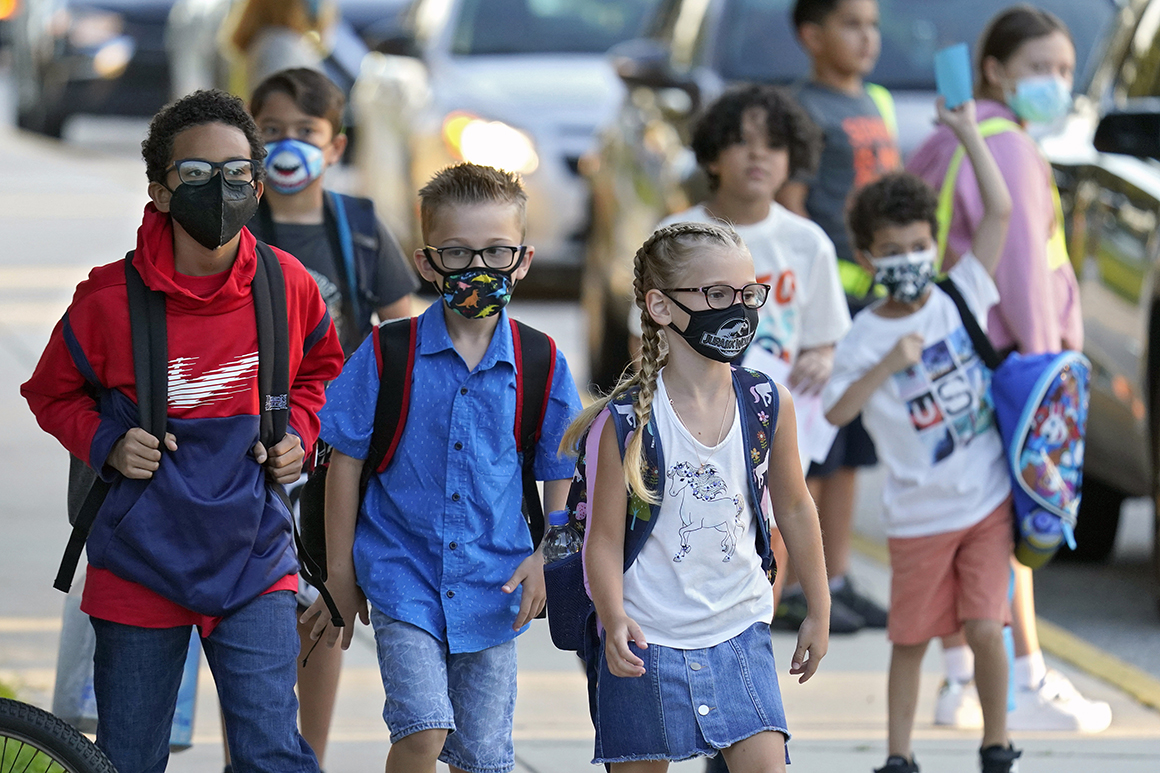 That would be an incredibly tough sell to parents of school-aged children, according to the survey. More than 4 in 10 believe mask-wearing harmed their children’s overall scholastic experience, compared to 11 percent who said it helped. Nearly half of parents said masks made no difference.

“Even if I’m in a Democratic state or district, I’d pay attention because there are a substantial number of independent parents who think the policy is hurting their children,” said Robert Blendon, a professor of health policy and political analysis, emeritus, at the Harvard T.H. Chan School of Public Health. “If you say something hurts my children, you’re going to feel strongly about it. … Anything that has an impact on your family has a disproportionate impact on how you think of things.”

The survey of 478 parents whose children attend school in person, conducted from March 1 to March 7, also found parents are split over whether a mask is needed to keep their children safe from Covid-19 and variants such as Omicron.

A slight majority of independents — 52 percent — said masks weren’t necessary to keep kids safe, a figure that Blendon said should alarm any politician considering reimplementing masks in schools if cases or hospitalizations spike.

“The parents who are against it are not going back. They’ve concluded it’s not good for children’s education and it’s two years of this,” Blendon said. “When you have a substantial number of parents who think their children are being threatened, it’s going to matter politically.”

Blendon suggested that local leaders were responding to parents’ concerns.

The parents who are against it are not going back.

“Places where parents really felt this was hurting got rid of the mandates,” he said.

A POLITICO/Morning Consult poll from February, when the country was still averaging close to 100,000 new infections a day, showed a slightly higher approval of school mask mandates.

While that poll didn’t limit responses to those with children in school, it did find a similar partisan split, with Democrats far more likely to say masks were needed.

Seventy-one percent of Democrats told Harvard pollsters that it was still necessary for children to wear masks in school compared to 27 percent of Republicans.

Overall, 19 percent of Democrats, 63 percent of Republicans and 45 percent of independents thought masking hurt their child’s school experience, according to the Harvard poll.