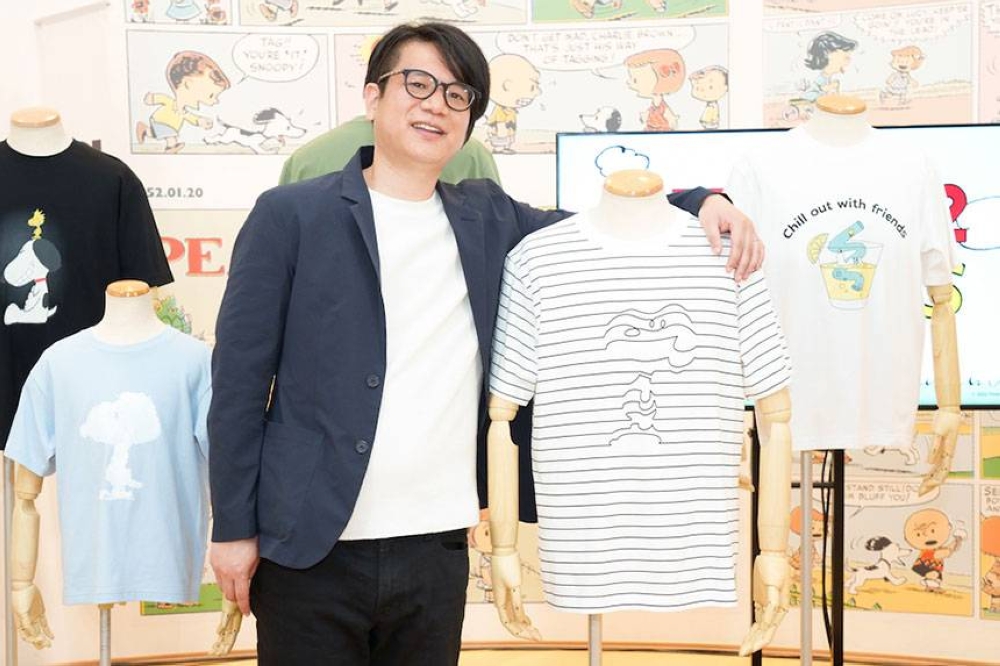 Global apparel retailer Uniqlo will launch a UT Collection on May 27 that features 11 winning entries from UT Grand Prix 2022, a global T-shirt design competition run by brand since 2005. The theme of the latest contest was Peanuts, celebrating the 100th anniversary of the birth of creator Charles Schulz. This collection showcases takes on his lovable characters from artists around the world.Members of the distinguished panel of judges for the contest included representatives from the Charles M. Schulz Museum and from the Charles M. Schulz Creative Associates team, as well as tennis star and Uniqlo Global Brand Ambassador Roger Federer. The panel selected 11 works out of approximately 14,000 entries from around the world. Prize-winning entries were labors of love, including one blending Snoopy into the border design from the comic strip and another in which characters appear as part of an ice cream cone.

“I took a minimalist approach to presenting Snoopy, which is why I used border lines to present him. Peanuts has been ubiquitous since I was a child, and Snoopy’s silhouette has been part and parcel of my life. When I was very young, I wore UTs a lot, so in doing this art I tried to return the favor for all the enjoyment these items have given me. I look forward to seeing people everywhere wearing UTs that I designed,” Grand Prize winner Kazuhiko Okushita noted.An award ceremony was held on April 13 at the Snoopy Museum Tokyo in Machida, Tokyo, the world’s only official satellite of the Charles M. Schulz Museum in Santa Rosa, California. Jean Schulz, Shulz’s widow and jury member, delivered congratulatory comments live from Charles M. Schulz Creative Associates in California (located across from the Schulz Museum), while Roger Federer provided a video message. Snoopy and friends presented the prizes.