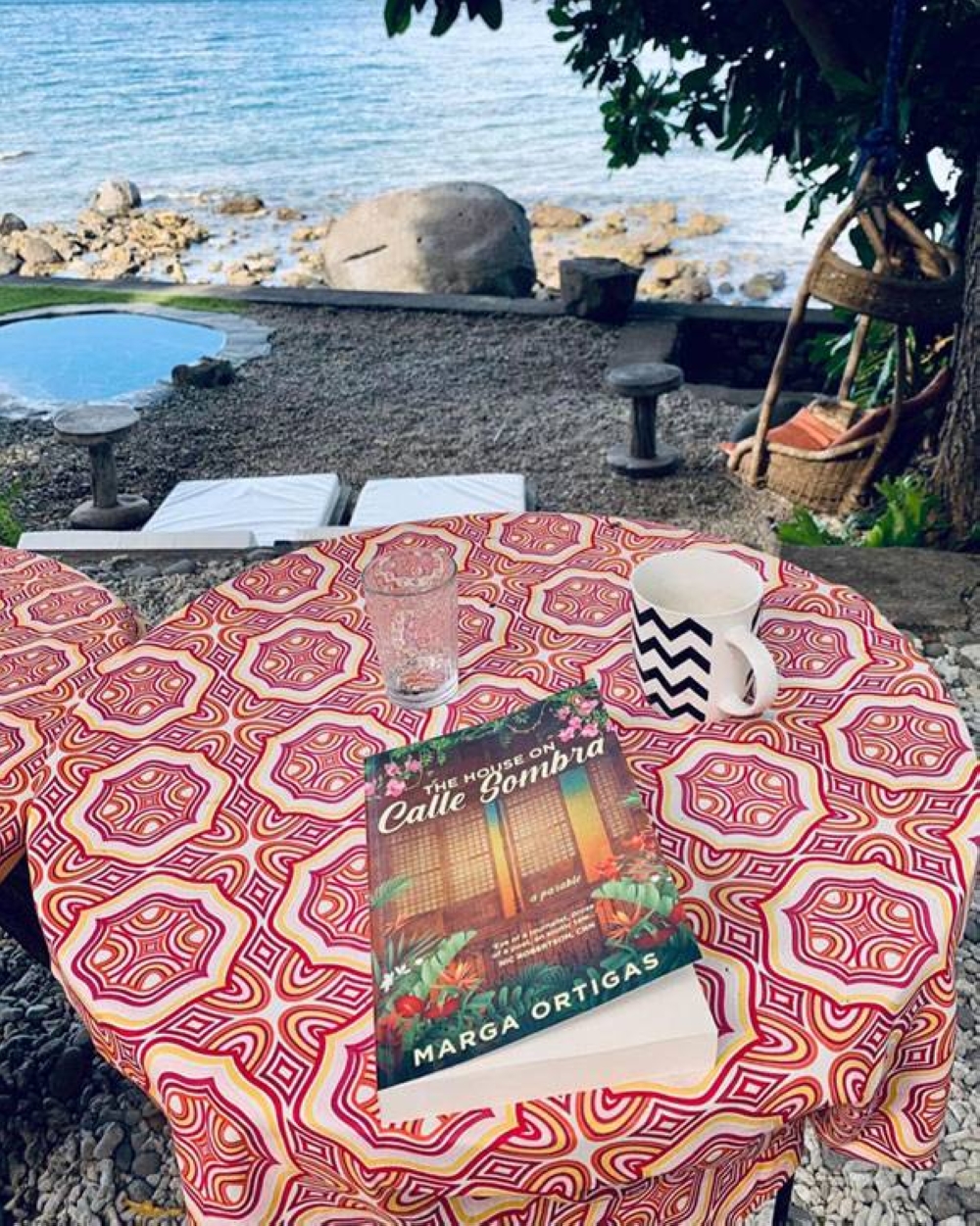 The pandemic has rekindled in me a love of reading beyond the predictable comic books, news and magazine articles and the Game of Thrones novels. Over this time, I discovered the thought-provoking historian, professor and philosopher Yuval Noah Harari and fiction writers like Emily St. John Mandel and Jennifer Egan. When I put one book down, I’d look for the next.It does tickle me immensely that my summer 2022 reading includes two books by people I know (full disclosure), The House on Calle Sombra by Marga Ortigas and Riverrun by Danton Remoto both published by Penguin Random House SEA. Both are stories set in the Philippines. After reading all these books with stories set in North America, Europe or “Westeros,” it’s exciting to have current, fresh new fiction set in the homeland.

Unplug the gadgets, drink the coffee, read the book.

Marga Ortigas is best known for her work as a reporter and producer for GMA, ABS-CBN, CNN and Al Jazeera. After putting in a quarter of a century as a broadcast journalist covering wars and natural disasters, she has thrown her hat in the ring as novelist. The House on Calle Sombra tells the story of one Federico Castillo de Montijo who arrives in the Philippines from Spain on to avoid being conscripted, only to find himself on the run in World War 2 Manila with Fatimah, a Muslim fugitive. They fall in love, and eventually build a life, a family and a fortune together.From the jungle, to a tiny apartment to a mansion with its own chapel, secret rooms and corridors, the couple raises a family that gets consumed by the demands of keeping up appearances befitting their social standing. They also get inevitably tangled up with politics, decadence and secrets. The story follows three generations of Castillo de Montijos, from the clan’s rise to its sad splintering to a tragic fall.

At 352 pages, it’s a fast read with so much going on. If I were to think of this book in terms of a Netflix series, it would be a mix of “House of Flowers” and “Narcos.” It’s a family saga, with all sorts of characters from the sleazy, hypocritical, entitled, conflicted, damaged and broken to the resourceful, feisty, devoted and independent. It’s also peppered with socio-political observations on the moneyed, crooked and powerful.The House on Calle Sombra is funny, juicy and sad. Each time I pick up the book it’s like being in on a juicy lunch time gossip session about a prominent family — except this one is fictional but feels so real.Now, on to Danton’s book.* * *

The House on Calle Sombra and Riverrun are available online via National Bookstore and Fully Booked. Kindle editions are available via Amazon.