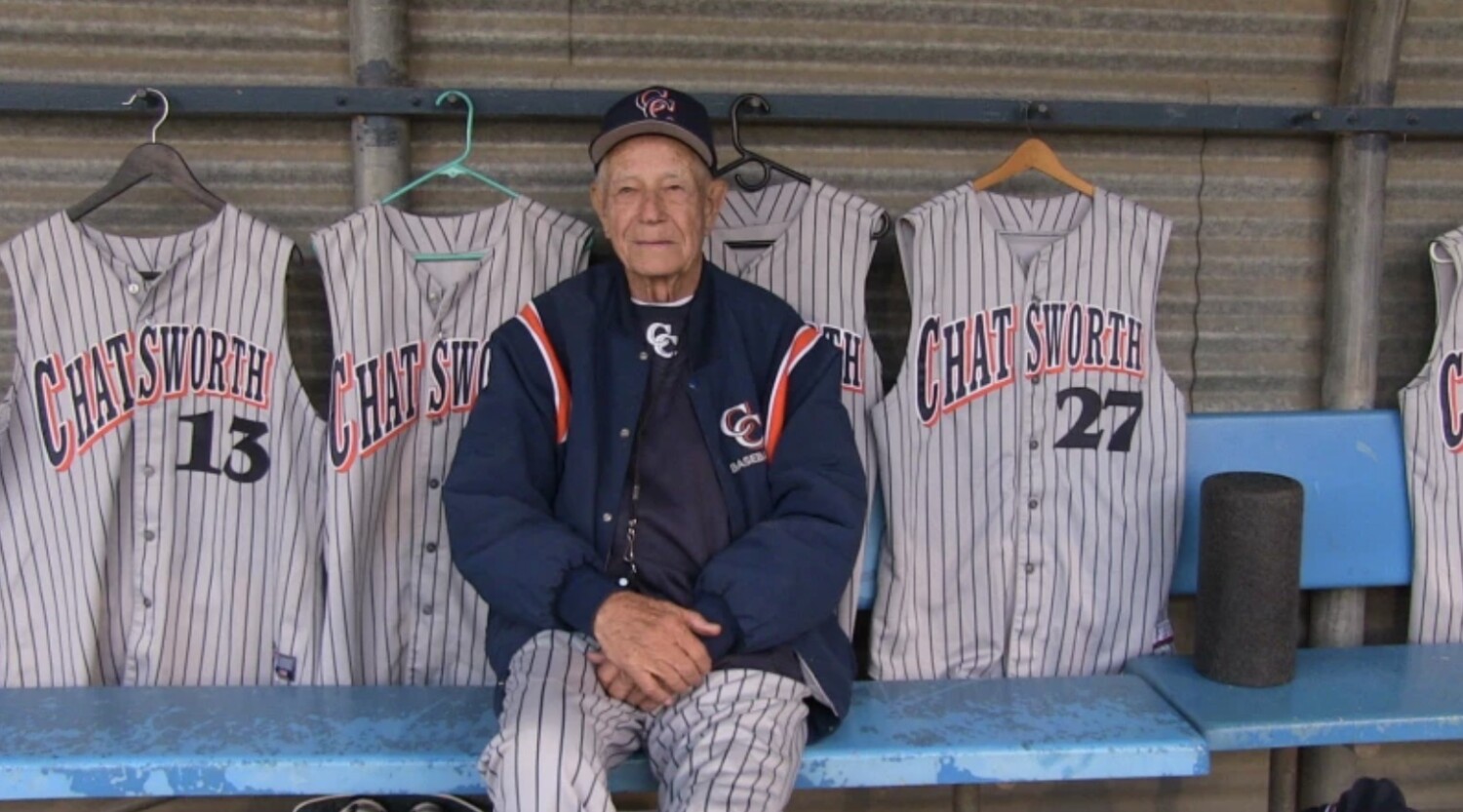 Friends are throwing a 100th birthday party for former Chatsworth High assistant baseball coach Chuck Hatfield on Wednesday. It will take place at Chatsworth’s lunch pavilion at 5:30 p.m., complete with a food truck and ceremony retiring his jersey.“Coach Hattie,” as he has been known, was born June 15, 1922, in Franklin, Tenn. He became a fixture at Chatsworth games in 1993 when former coach Tom Meusborn brought him aboard as an assistant coach.Here’s a 2017 profile on what Hatfield means to the people who have come in touch with him through the years.Chatsworth won a City Section record 10th baseball championship this past season. Hatfield was along for many of those titles.