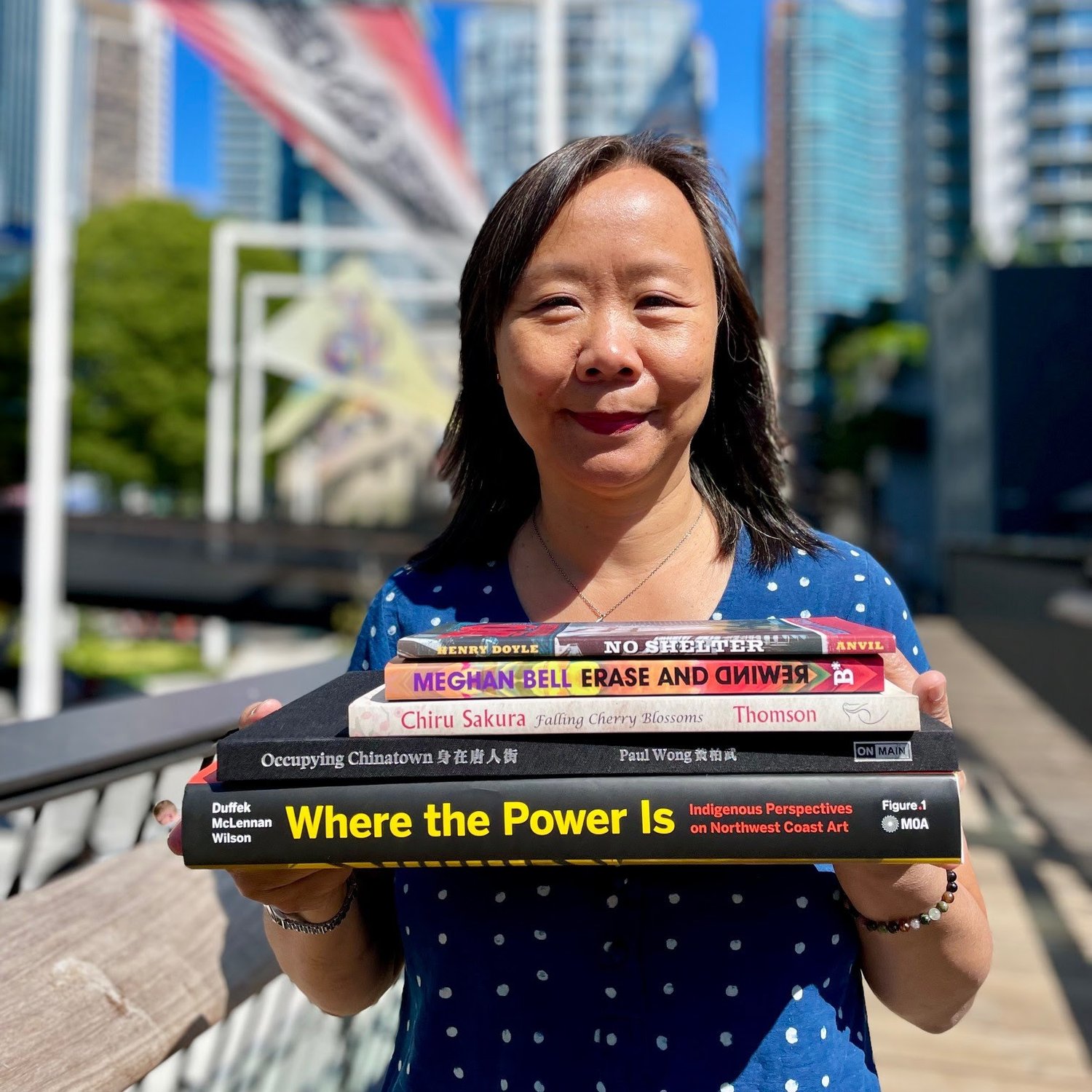 The following was excerpted from the Cultural Services of the City of Vancouver.

Five books that demonstrate excellence and reflect the unique character, rich diversity and culture, history and residents of Vancouver have been selected as finalists for the annual City of Vancouver Book Award.

The books, all published in 2021, cover a wide range of genres and explore many of the city’s social and cultural issues such as displacement, homelessness, migration and colonization. These titles also focus on connection and what it means to belong to the country, the community, yourself and the place.

The awards will be presented at an in-person event as part of the Vancouver Writers Fest 2022 on Friday 21 October. More details will be announced soon.

The finalists, in alphabetical order, are:

Megan Bell for Erase and rewind (Book * hug Press) The stories inside Erase and rewind probe the complexities of living as a woman in a distorted society. Told from the perspective of various female protagonists, they take into consideration the culture of rape, sexism in the workplace, irregular romantic and platonic relationships, and the impact of trauma under late-stage capitalism. Bell’s debut collection is a balance between lightness and gravity, which finds the extraordinary in common experiences.

Henry Doyle for No refuge (Anvil Press) These down-to-earth poems take readers on a tough journey from Scarabeo, starting with Doyle’s early years as a fugitive from foster families, an incarcerated young man, a boxer, and a homeless wage earner who lived in shelters and for the streets of Ottawa and Toronto, upon his eventual arrival in Vancouver to work in construction labor pools before landing the job as a janitor and maintainer.

Karen Duffek, Bill McLennan and Jordan Wilson for Where is the Power: Indigenous Perspectives on the Northwest Coast Art (Figure 1 Publishing) This is a landmark volume that brings together over eighty contemporary indigenous knowledge holders with stunning Northwest Coast historical artwork. Elders, artists, scholars and other members of the First Nations community visited the Museum of Anthropology to connect with these objects, learn from the hands of their ancestors, and share their thoughts and insights.

Grace Eiko Thomson for Chiru Sakura: the fall of cherry blossoms (Caitlin Press) A vital memory of two Japanese Canadian women reflecting on their family history, cultural heritage, generational trauma and the meaning of home. At the age of eight, Grace Eiko Nishikihama was forcibly removed from her Vancouver home and interned with her parents and siblings in BC Interior. This is a poignant and politically blunt memoir written by Grace, now a grandmother, with passages from a diary kept by her late mother, Sawae Nishikihama.

Paul Wong, Debbie Cheung and Christopher Lee for Busy Chinatown(Up main) Busy Chinatown It focuses on many of Wong’s major works of art that explore Canadian Chinese identity and his engagement with Vancouver’s Chinese communities. Featuring color photos and documentation of Wong’s artwork, plus three original essays, Busy Chinatown is an evocative exploration of language, amnesia and cultural shift, inspired by 900 letters sent to Suk-Fong Wong, Paul Wong’s mother, over the course of 65 years.

The finalists were chosen by an independent jury made up of Allan Cho, Kim Koch and Shazia Hafiz Ramji.

The City of Vancouver Book Award has recognized outstanding authors of any genre since 1989. More details on the award, including previous award winners and selected authors, are available online.