How foreigners fleeing Ukraine have been left in a bureaucratic limbo 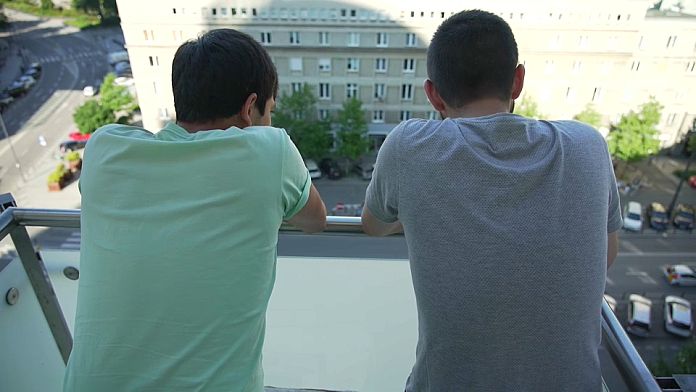 Europe, and in particular Poland, has opened its door to Ukrainian refugees since the start of the war.Around four million people have fled Ukraine for Poland since 24 February and Ukrainians are legally allowed to stay in the country. But non-Ukrainians — who were living in Ukraine at the time of Russia’s invasion and fled — have been left in bureaucratic limbo.Among the four million, there were 105,000 were non-Ukrainians, made up of 100 different nationalities.Arban and Khulan, originally from Central Asia, were among them.  When the war started, they took a train to Poland. But they quickly found themselves unable to get the right documents to settle. “In the beginning, we lived in a paid hotel for a month, and we found a free hostel,” Khulan told Euronews.“Then my girlfriend and I tried to resettle in Canada. And while her visa was approved, mine was refused, and I stayed here.”Arban and Khulan then discovered they had missed a deadline to get the necessary paperwork to stay in the country.After speaking to a lawyer, they learned that: “During our first 15 days in Poland, it was necessary to submit documents, and now [the lawyers] say that it is complicated.“They say our only option is to return to our country or return to Ukraine,” Arban added.Anna Michalska, a spokeswoman for Poland’s border control, the right to stay in the country is limited to Ukrainian citizens. “All those who escaped the war and declared that they were fleeing could cross the Polish-Ukrainian border,” she said.“But the special act is intended for Ukrainian citizens, and these people can stay legally in Poland. The rest of them have to legalise their stay if they wanted to stay in Poland.’’NGOs, such as the International Organization for Migration, provide legal and humanitarian assistance to people fleeing Ukraine.According to Livia Styp-Rekowska, chief of mission for IOM, the help non-Ukrainian passport holders can access is limited to their Ukrainian residency.‘’If they had permanent residence in Ukraine, they have more assistance and they have legal stays for one year here in Poland,” said Styp-Rekowska.“If they did not have this in Ukraine, unfortunately, they only get 15 days emergency stay in Poland, and during this time they have to apply for residence in Poland which is challenging under the circumstances at the moment.’’