Jorge Vilda: Fifteen players leave the Spanish women’s football team for a dispute with the coach 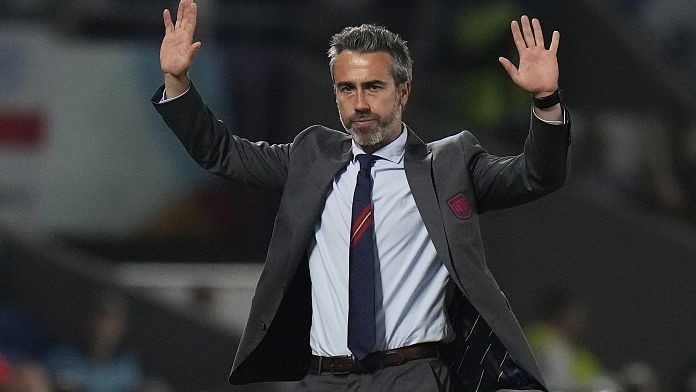 The Spanish women’s football team is in an “unprecedented” crisis after a dispute between 15 players and national team manager Jorge Vilda.

The group of players has threatened to leave the squad unless Vilda is expelled from the Spanish Football Federation (RFEF).

The 15 women said in identical emails that the team’s environment was “seriously” affecting their “emotional state” and “health,” according to one. RFEF statement.

But on Thursday the federation promised its support to Vilda and rejected the complaints.

“The RFEF will not allow players to question the continuity of the national team manager and his coaching staff, as making such decisions is not within their competence,” it reads.

“The Federation will not allow any kind of pressure from any player when it comes to adopting sporting measures. This type of maneuver is far from exemplary and outside the values ​​of football and sport and is harmful.”

Under Spanish rules, players can be disqualified from the national football team for a period of between two and five years if they refuse to play when called up.

The federation said it will not take this step but will re-select the 15 players only if “they accept their mistake and apologize”.

“[We] he will not call players who do not want to wear the Spain shirt “, added the RFEF.” The Federation will only count on committed players, even if it will have to play with the youth teams. “

“This has gone from being a sporting issue to a question of dignity. The national team is not negotiable. It is an unprecedented situation in the history of football, both for men and women, in Spain and in the world.”

Spain lost to champion England in the quarter-finals of the Women’s European Championship this summer.