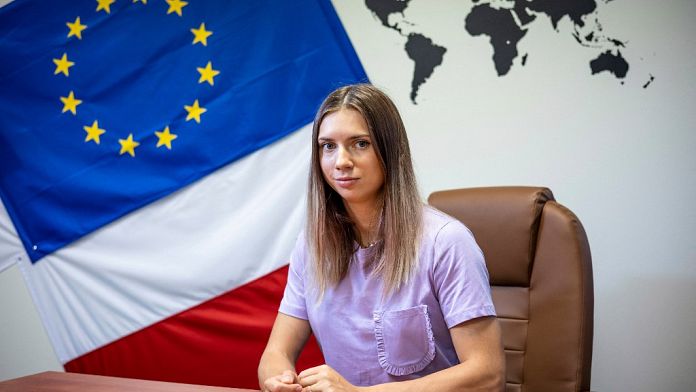 The Belarusian sprinter who defected after refusing to return home from the Tokyo Olympics claims to have received Polish citizenship.

Krystsina Tsimanouskaya has applied for asylum in Poland after defying the order to leave Japan during last summer’s postponed matches.

In an Instagram post, the 25-year-old confirmed that she formally became a Polish citizen in late June.

“Last Saturday there were the Polish team championships where I won the individual 100 meters and our team finished second,” wrote Tsimanouskaya.

“It was my first official competition in which I took part not as a Belarusian but as a Pole. Finally, after a long time I can get out on the track and represent … without any obstacles.

“I am looking forward to representing Poland on the international stage, but for now I would like to thank everyone who has helped me in this most difficult year for me,” he added.

Tsimanouskaya became a symbol of Belarusian dissidents when she he refused the order to return to his country of birth after criticizing the country’s athletics federation.

The athlete said she “feared for her life” after refusing to participate in an event she had not trained for.

The incident prompted the International Olympic Committee to launch an investigation.

Since she defected to Poland with her husband on a humanitarian visa, she has worked to help other Belarusian athletes who wanted to leave the country.

Tsimanouskaya cannot yet represent Poland in international competitions without the approval of the World Athletics Federation.

The 25-year-old has expressed hope that, after three years of legal residency in Poland, she will be able to compete for her new country at the 2024 Olympics in Paris.

“Even if I will get on the podium as a Pole, let everyone know that the medals will be for all Belarusians and for our freedom,” she wrote on social media.

Belarus was banned from participating in most international sporting events for its support for the Russian invasion of Ukraine.