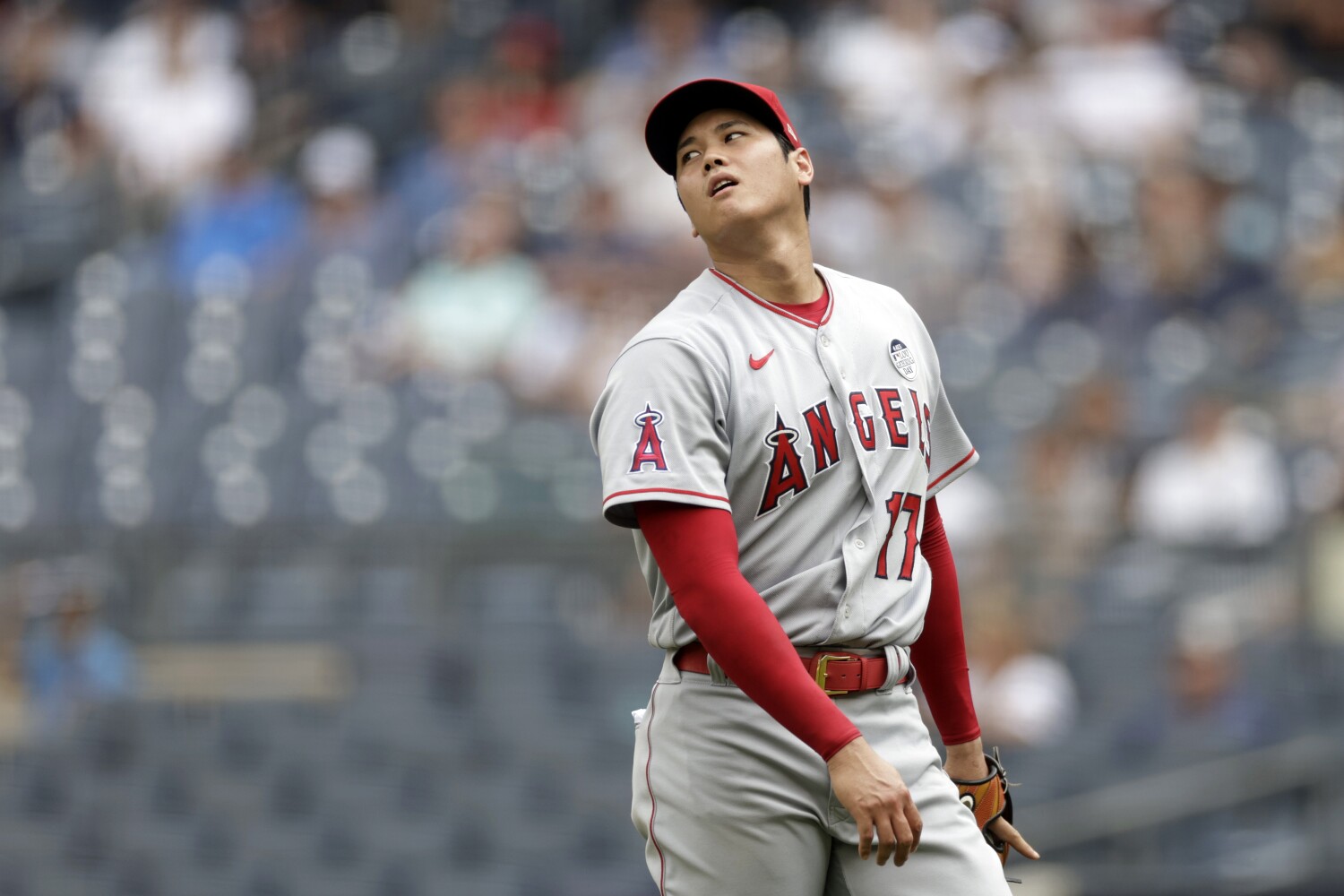 So what’s happened to the Angels? Come now, it’s really no surprise; it’s called “regression to the mean.” A mediocre bullpen staff overperforming began the retreat to mediocrity by underperforming.Mediocre Angels executive management has for years consistently undervalued the necessity of a strong, power-pitching bullpen, instead somehow believing that “different looks” can solve the problem. One suspects Joe Maddon knows he hasn’t been provided a full deck.Kip DellingerSanta Monica::As expected, the honeymoon the Angels have been on is over and real life has begun to kick in. Their pitching, which seemed acceptable at the beginning, has started to revert to the same old Angels problem of past years. Mediocre to poor performances have been commonplace for the starting rotation and bullpen. The Angels, unlike the Dodgers, will make no helpful changes during this year and will gradually fall out of playoff contention and end up as a third- or fourth-place team again. Another year to feel bad for Mike Trout.Bruce OlsonUpland::Mike Trout is quoted saying “you know, we’re just going through a little skid right now.” Mike, what you’re going through right now is the inevitable spiral to the depths of irrelevance in the American League playoff picture. Thank you to the Angels for providing a few weeks of entertainment and hope for a chance to enjoy a possible playoff season. Maybe next year!Ed BarstowUpland::Is it true that if the Angels continue to lose, instead of Long Beach, they will be moving to Irwindale or Palmdale?Fred WallinWestlake VillageA day to remember
Congratulations to the teams that made it to the City high school baseball finals. Also to L.A. Unified for doing the absolute right thing in approving a relatively small amount of money to restore this great tradition of playing in Dodger Stadium. After two years of COVID-related hurdles for the schools and kids, it was great to see the board come through and give these players and their families something they will remember all their lives. Jeff HeisterChatsworthLakers trouble
Bill Plaschke, your title of “the most negative sportswriter on the planet” is secure. Your Hail Mary choice (Doc Rivers) was not the guy the Lakers hired. So, you have placed your marker down. If the Lakers don’t win it all next year you can shout, “I told you so.” Your dump on Westbrook and snide remark on who really is the Lakers coach should really bring the team together. Your comment on Anthony Davis’ character and not his contributions should solidify the team spirit. You did sign off wishing the Lakers good luck, after saying they “are such a mess.” And writing “Darvin Who? Whoever he is, we wish him luck.” Perhaps wishing them success might have been a more positive signoff.Joe RouzanLos Angeles::Imagine my surprise at the headline — “At NBA Finals, Lakers widely seen as winners” — over the article praising the hiring of new coach Darvin Ham. I imagine the Celtics and Warriors are truly envious of the 11th place Lakers (33-49) while they are contesting the championship series.This is yet another example of the wildly (delusional?) hometown partisanship of Times sports ‘coverage.’ Yes, indeed, with their big-top roster of the frequently injured, over-the-hill gang, the Lakers are no doubt the envy of the entire league. Yes, indeed, bring on the clowns!Ralph MartinezArcadia::Now that LeBron is a confirmed billionaire, it will be interesting to see just how important winning is to him. Does he now play for the league minimum and give the Lakers much-needed cap space to sign quality players? Or does he take the maximum extension and deny the obvious?Brian HaueterVenturaProtesting Kapler
Gabe Kapler’s actions regarding his national anthem protest are offensive and out of line. While we all are hurting for the families affected by the tragedy in Texas, the actions and timing of Mr. Kapler are far worse than any fielding error.We celebrate Memorial Day to honor and pay respect to those in the military that made the ultimate sacrifice to protect our very freedoms that Mr. Kapler enjoys on a daily basis. We play the national anthem and stand for our flag to honor and thank those who were not fortunate enough to survive protecting us.Bill AllenCapistrano Beach::Gabe Kapler, San Francisco Giants manager, decided to stand and respect the national anthem on Memorial Day because of his respect for our military. On other days, he plans on sitting out in protest. I never realized that our national anthem had different meanings depending on the day.Dave EngThousand OaksDodgers blues
Don’t overreact, Dodgers fans, the season’s still young. Some teams just have another team’s number like the Pirates seem to have with the Dodgers this year. Even the legendary 1927 Yankees lost four straight and 10 of 22 to the sixth-place Cleveland Indians in that otherwise historic season.William PetersonHomeland::Boy, after losing five of six games, it’s a good thing the Dodgers aren’t in the same division as the Pirates.Ken BlakeBreaBroken promise
Thanks for the “breakdown” between the two NBA Finals teams. Depending on which team you pick, you can’t lose because of the confusing expert advice. The key to picking the winner depends on what insider you choose.Patrick KelleyLos AngelesLooking backward
Every day when I view the B section of The Times, I am reminded of the clever reader who wrote the Yoda-esque comment in the early days of the pandemic. Something to the effect of “Print the Sports section backwards please do not.”If our local paper can afford a separate sports section, I assume that The Times probably can too.Noel ParkRancho Palos Verdes::The Los Angeles Times welcomes expressions of all views. Letters should be brief and become the property of The Times. They may be edited and republished in any format. Each must include a valid mailing address and telephone number. Pseudonyms will not be used.Email: sports@latimes.com