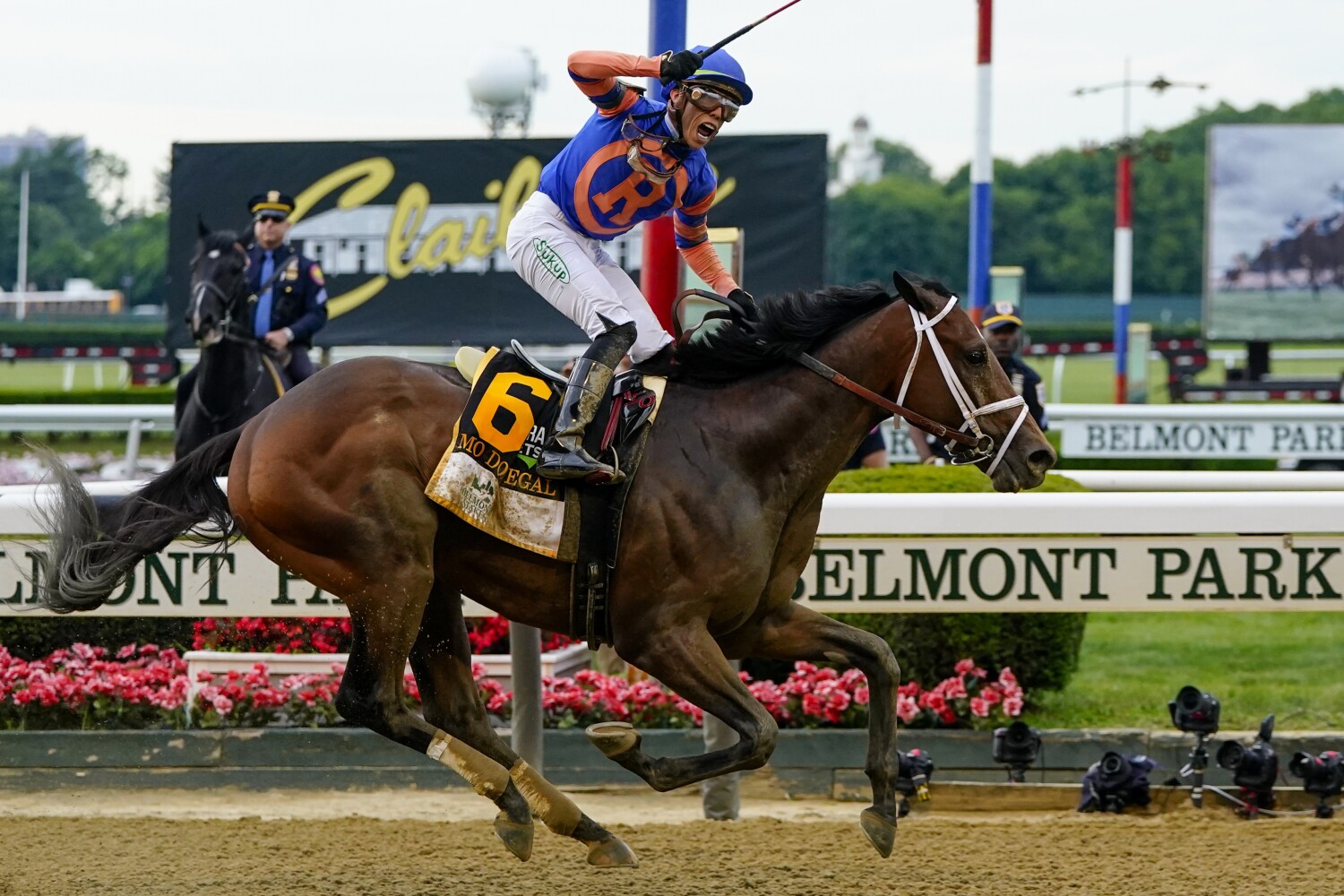 Sometimes the bettors have it right. The morning linemaker liked We the People. The dreamers liked Rich Strike, the longshot winner of the Kentucky Derby. The sentimentalists looked toward the only filly in the race, Nest.But in the end, the winner of the 154th Belmont Stakes was Mo Donegal, the 5-2 favorite.The Todd Pletcher trained 3-year-old colt picked up his fourth win in a seven-race career, this time in the Belmont Stakes with jockey Irad Ortiz Jr. Pletcher also picked up second with Nest.The race started as expected with We the People going to the front with pressure from Skippylongstocking on the outside. Nest, who stumbled at the gate, was in striking distance while Rich Strike was stuck at the back of the eight-horse field.It wasn’t until the stretch that We the People appeared to be done as Mo Donegal drove on the outside and won by three lengths. Nest passed Skippylongstocking in the final strides to take second.“We were really pleased with the way both horses were training,” Pletcher said. “I thought both horses were traveling really well the whole way. The thing I told Irad is ‘You’ve got the best last quarter of any horse in the race.’”Pletcher was right — something part-owner Jerry Crawford, of Donegal Racing, verified.“To be honest with you, we were a little confident going into the race and when he turned for home I said, ‘Forget about it,’” Crawford said. “I knew Todd thought he could get a strong last quarter mile and he surely did.”Mo Donegal paid $7.20, $3.80 and $3.00. Nest was second followed by Skippylongstocking, We the People, Creative Minister, Rich Strike, Barber Road and Golden Glider. Mo Donegal, right, pulls away from Nest to win the Belmont Stakes on Saturday.(Frank Franklin II / Associated Press) This year’s Belmont didn’t have the sizzle of past years with no Triple Crown on the line and no Preakness winner. But there were plenty of storylines that kept people interested.Rich Strike passed on the Preakness and everyone wanted to see if he was the real deal or a one-hit wonder. His fairytale story of winning the Kentucky Derby at 80-1 odds captured the attention of the country. But there was the question if he could win outside of Churchill Downs, where he won his two lifetime races. That question was answered Saturday.There was also a lot of interest in We the People, coming off a 10¼-length win in the Peter Pan over the same Belmont Park surface. The horse was made the 2-1 morning line favorite, which the public rejected and made him the second favorite at post time.Nest was the only filly in the race and was hoping to repeat what Pletcher did in 2007 when he won this race with Rags to Riches.But in the end, it was all about Mo Donegal, whose name will be etched into history.As good as the winner’s performance was, most will agree that Flightline’s win in the Metropolitan Handicap, better known as the Met Mile, was the best performance on the Belmont Stakes card. The Santa Anita-based colt, trained by John Sadler, broke poorly, got shut off on the rail, but still went on to win by six lengths.As for many of the Belmont Stakes horses, their next targets are the Haskell at Monmouth and the Travers at Saratoga.