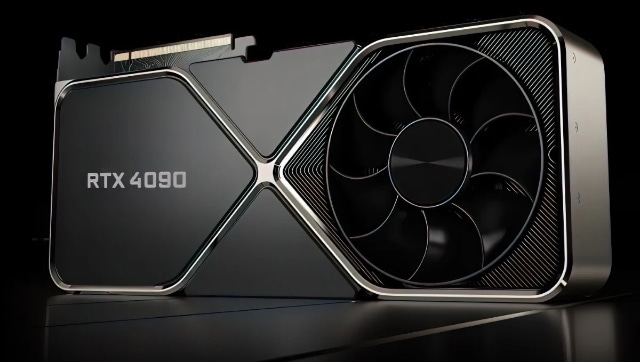 Then there is also a second variant with 12 GB of GDDR6X memory and a 192-bit memory interface. This version has 7680 CUDA cores and a 2.61 GHz boost clock.

The heart of these new graphics cards is the new GPU. Based on Nvidia’s new TSMC 4nm Ada Lovelace architecture, the new GPU features third generation RT cores, fourth generation Tensor Core, and support for new features such as DLSS 3 and AV1 encoder.

One of the most impactful features announced was DLSS 3, which will be exclusive to the 40 series graphics cards. The new version uses an optical flow accelerator and sequential frame data to create new frames on the GPU itself (rather than on the game) to improve frame rates up to 4x. This method also avoids CPU bottlenecks that affect traditional image upsampling and reconstruction methods as frame rates increase.

Nvidia will sell its Founders Edition cards for the 16GB RTX 4090 and RTX 4080, along with AIB partner models, such as Asus, Colorful, Gainward, Galaxy, Gigabyte, Inno3D, MSI, Palit, PNY and Zotac. Most of these cards feature a 3-4 slot design along with robust power requirements. The cards will have HDMI 2.1 and DisplayPort 1.4 connectivity.