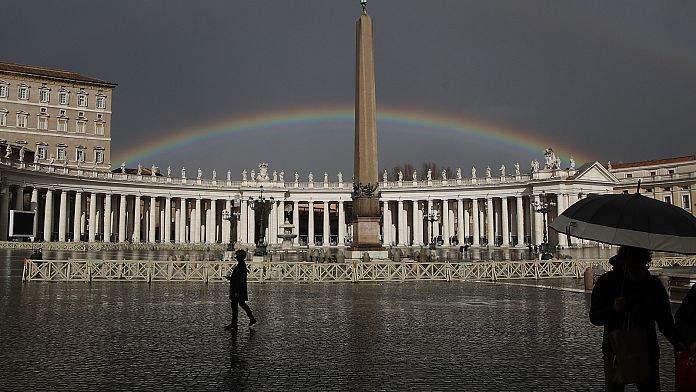 The Roman Catholic bishops of the Flanders region of Belgium issued a document on Tuesday that allows the blessing of same-sex unions, in direct contrast to the Vatican ruling on the matter.

The document was published on the website of the Bishops ‘Conference of Belgium and listed a rite that included a prayer and a final “blessing” in front of the couples’ family and friends.

He stressed that although such blessings do not alter Catholic doctrine on “sacramental marriage”, the move would allow the Church to be “pastoral close to homosexual people” and a “welcoming [place] that does not exclude anyone “.

A gay Catholic, Willy Bombeek, was also appointed as an additional staff member for the pastoral care of families to oversee the treatment of fellow LGBTQ + Catholics.

No response has yet been provided by the Holy See press office.

The Catholic Church’s stance on same-sex unions was addressed in March 2021, with the Vatican’s doctrinal office, the Congregation for the Doctrine of the Faith (CDF), ruling against their blessing, a stance that was harshly condemned by the bishop of Antwerp.

The Holy See described this position by stating that it “was not intended to be a form of unjust discrimination, but rather a reminder of the truth of the liturgical rite” of the sacrament of marriage and the blessing connected with it.

Pope Francis himself has shown more openness towards the LGBTQ + community than his predecessors.

In July 2013, a few months after his election as Pope, he said he was unable to “judge” gays who “[seek] God and have good will. “

He has also previously supported same-sex civil unions and claimed that gays are “children of God and have a right to a family”.

However, Francis maintains the Catholic teaching on homosexuality, which views gay sexual relations as sinful and does not condone same-sex marriage.

The Flemish bishops said their decision to allow the blessing of same-sex unions is not meant to be an act of resistance against the Vatican.

“This is first and foremost a positive message,” spokesman for the bishops, Geert de Kerpel, told Reuters.

The move was also supported across the pond, with Francis DeBernardo, the executive director of the US-based Catholic LGBTQ + group New Ways Ministry, approving the decision.

“These prelates recognize that love is love. Love is more important than sexual behavior and love is something the Church should always bless,” he said in a statement.