The Lakers hate Boston. The Celtics are adding to their pain 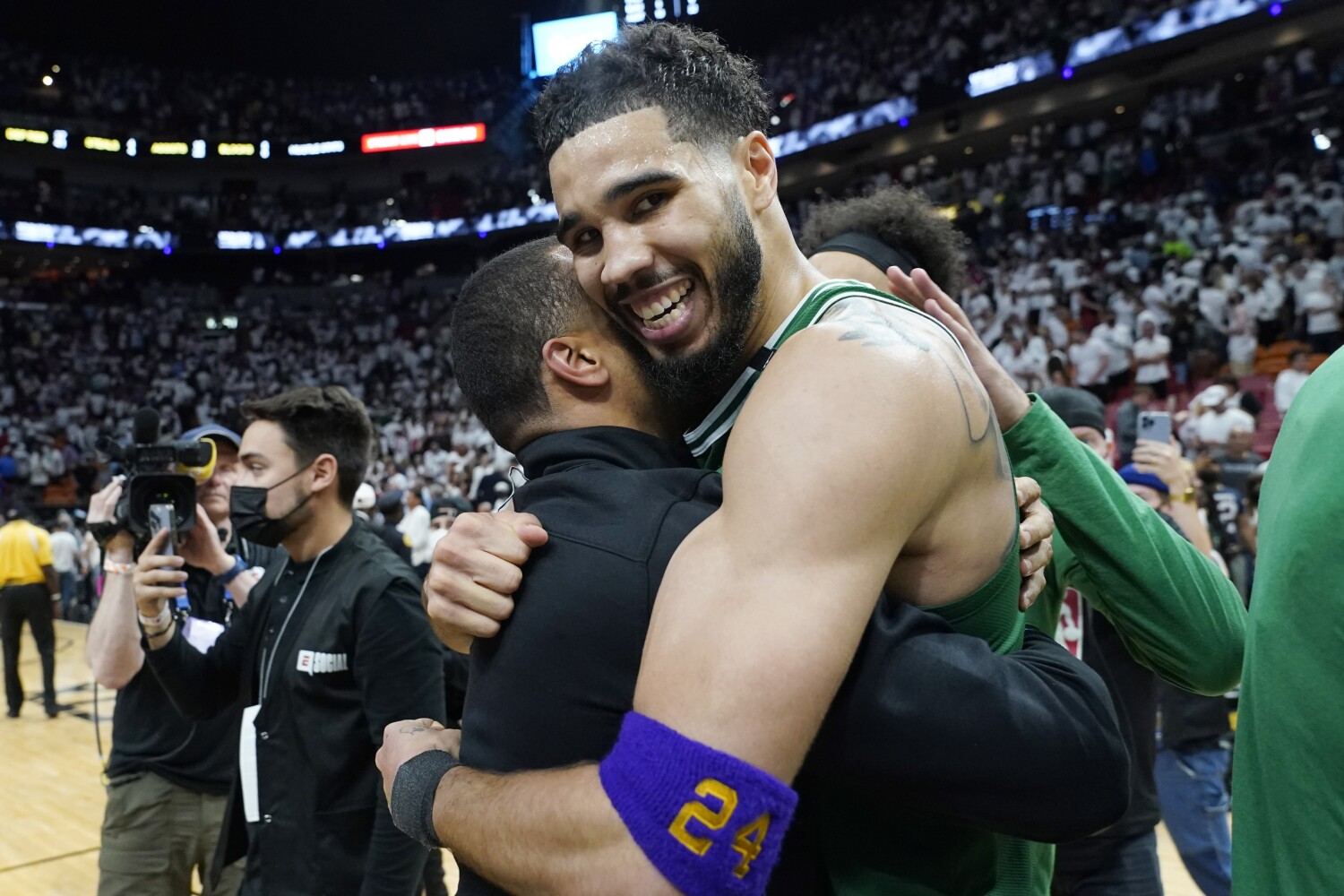 BOSTON — Cynthia Amerio knows better. She swears.Hatred isn’t a positive emotion — empty calories for the soul. But there’s knowing you shouldn’t be hateful and knowing that the Boston Celtics are playing for their 18th NBA championship.“I don’t like the uniform. I don’t like anything to do with them,” said Amerio, a 55-year-old from Sierra Madre. “… If Boston were the last team in the NBA, I’d pick up cricket.”It’s been a tortuous few months for Lakers fans like Amerio, the team’s bitter rivals authoring a Finals run built around a likeable core of players. If they wore different colors and only played in a different zip code, Amerio would be cheering for them, especially against a Bay Area team such as the Golden State Warriors.But instead, they’re doomed to the coldest corners of her heart.“I don’t like Golden State as much, but Boston cannot get No. 18. They cannot,” Amerio said. “It took us years for us to get to No. 17 and I can’t see this two years later, them getting 18 and us sitting on the sidelines.”It’s a strange time for the Lakers-Celtics rivalry. Boston star Jayson Tatum is a Kobe Bryant disciple who even wore a Bryant armband for Game 7 in the Eastern Conference finals. Rajon Rondo won titles in both cities. And Lakers owner Jeanie Buss and Boston owner Wyc Grousbeck are partners in a tequila brand.Luckily for Amerio and Lakers fans, happier times for the rivalry on the championship court are well-documented — happier times that HBO’s “Winning Time” has enjoyed re-creating on the back of two iconic words in team history.“F— Boston.”The show used the phrase in pivotal moments, making it a key motivational point for the Lakers. (The show also included a memorable scene with Jerry West driving through Boston, wishing that Paul Revere would’ve slept in).Max Borenstein, the Valley-born show runner for “Winning Time” said the phrase became a bit of a rallying cry for the first season. Originally, it was written sparingly into a couple of scripts, but one of the shows directors, Payman Benz, saw its potential. “It took us years for us to get to No. 17 and I can’t see this two years later, them getting 18 and us sitting on the sidelines.” — Lakers fan Cynthia Amerio “It hadn’t occurred to me — and I don’t know why — but it hadn’t occurred to me that it was kind of a meme-able moment. And Payman … he just really loved it.“He had the actors throw it in more than was even in the script, and that was really great. He knew. He was like, we should put in more “F— Boston.” And I was like, ‘Hell yeah!’ ”You didn’t need to convince Borenstein. He’s still wearing the wounds from the Celtics beating the Lakers in 2008. The win in 2010 helped — sweet redemption, Borenstein said — but it wasn’t enough to keep him from holding back in “Winning Time.” Kobe Bryant celebrates the Lakers’ Game 7 victory over the Boston Celtics in the 2010 NBA Finals at Staples Center.(Robert Gauthier / Los Angeles Times) Michael Chiklis, the actor cast as Red Auerbach, provided the necessary balance — a die-hard Boston sports fan from Lowell, Mass., who was tending bar for broken-hearted Red Sox fans the night Bill Buckner saw a baseball split his wickets.He’s having his laughs now. He talked about the current state of the two teams — one in the Finals, one facing so many questions.“But you know what I would love more — if the Lakers were good right now. … It’s just not nearly as fun,” Chiklis said. “It’s so much more fun when they’re both awesome and they’re warring with each other. “There’s a hole, a gap, with the Lakers struggling. As much as I can’t stand them, I’d rather see them in the hunt and watch us fight them. … It’s fun to grind it in my Lakers fan friends’ faces that they sucked. But at the same time, I’d rather that they were better.”If that sounds like the high road, it’s very temporary. “It’s so much more fun when they’re both awesome and they’re warring with each other. There’s a hole, a gap, with the Lakers struggling,” — Actor and Celtics fan Michael Chiklis “Yeah, I hate the Lakers. I mean, yeah,” Chiklis said. “I went to Boston University from 1981-1985. I screamed until I had no voice at that team. And yeah, I called James Worthy “Worthless.” We screamed at all these guys.”Marcus Smart, who watched “Winning Time” and laughed about the Boston slander, said the team feels that energy whenever they leave the Boston Garden.“Everywhere we go, people are always talking,” Smart said. “It’s really not toward you. It’s just the Boston name. We’re a historical franchise and a franchise like the Boston Celtics, that comes with it. When you are doing something greater, you are part of a great culture. It happens. You take it and you run with it.”Whatever happens Thursday in Game 6, it’ll ruin someone’s night.It might be as it was in the early ’80s when Amerio sat outside a San Diego bar, sobbing on the curb. Or when Borenstein thinks about Paul Pierce, Kevin Garnett and Ray Allen. Or when Chiklis screamed at James Worthless and Tragic Johnson.Hopefully it’ll just be temporary.Maybe it won’t“I hated [Kevin] McHale. And I’m a lady,” Amerio said. “But if I were to see him on the streets today, I would punch him in the nose.“…Now that I have my three boys, they don’t like Boston. And that’s all because of me — I hope.”