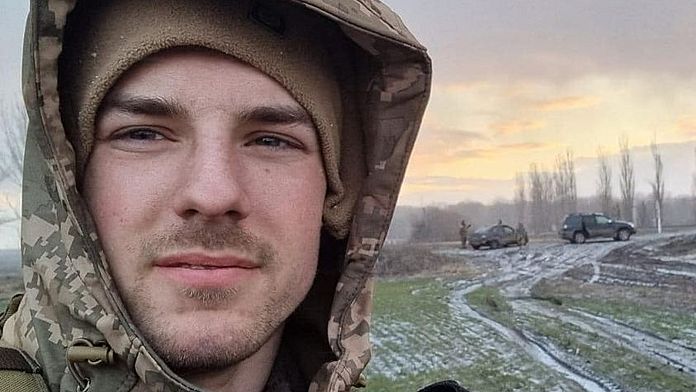 Tributes have poured in for a prominent activist killed in Ukraine. Roman Ratushny, 24, died in a battle near Izyum, around 90 kilometres from Sievierodonetsk, where Russian and Ukrainian troops are fighting for control of the city. The civic and environmental activist’s death was confirmed by the NGO he headed, Let’s Save Protasiv Yar.”Romchyk was our best, a courageous man who was always first in any battle and never showed fear,” the NGO said in a statement. “In his last battle, he was on reconnaissance patrol as part of a combat group and died while performing a combat mission.”The NGO said as a 15-year-old he took part in the protests that led to a revolution in 2014 and the ousting of Russian-leaning Ukrainian president Viktor Yanukovych. He headed up the Let’s Save Protasiv Yar organisation, which campaigned to save the Protasiv Yar ski area in Kyiv from residential development. “Despite this tough loss, we will continue Roman’s cause, we will continue to change and build our society, our country, we will continue the fight for the Great Cathedral of Ukraine,” said the NGO.  “Romchik is with us! He is forever in line!”, it added.Tributes to Ratushny have poured in on Let’s Save Protasiv Yar’s Facebook page. “My heart is broken. Such an outstanding human being,” posted one user. “I had the privilege to meet him and the brave fighters of Protasiv Yar when we documented the battle of Kyiv. I thought to myself – if Roma and these promising guys are the future of Ukraine – this country is in good hands.”Another Facebook user said: “There are no words or strength to accept the hell in which Ukraine lives [where it] loses its best sons and daughters.”[This] incredible, bright man went beyond the horizon not because his time had come but because he was defending his land and the people in it,” they added. Ratushny had fought in Ukraine since the start of the Russian invasion in February. He participated in battles near Kyiv and later, as part of the 93rd Brigade, helped retake Trostyanets from Russian forces, alongside fighting in the Sumy region and finally near Izyum. A funeral date is still to be announced.