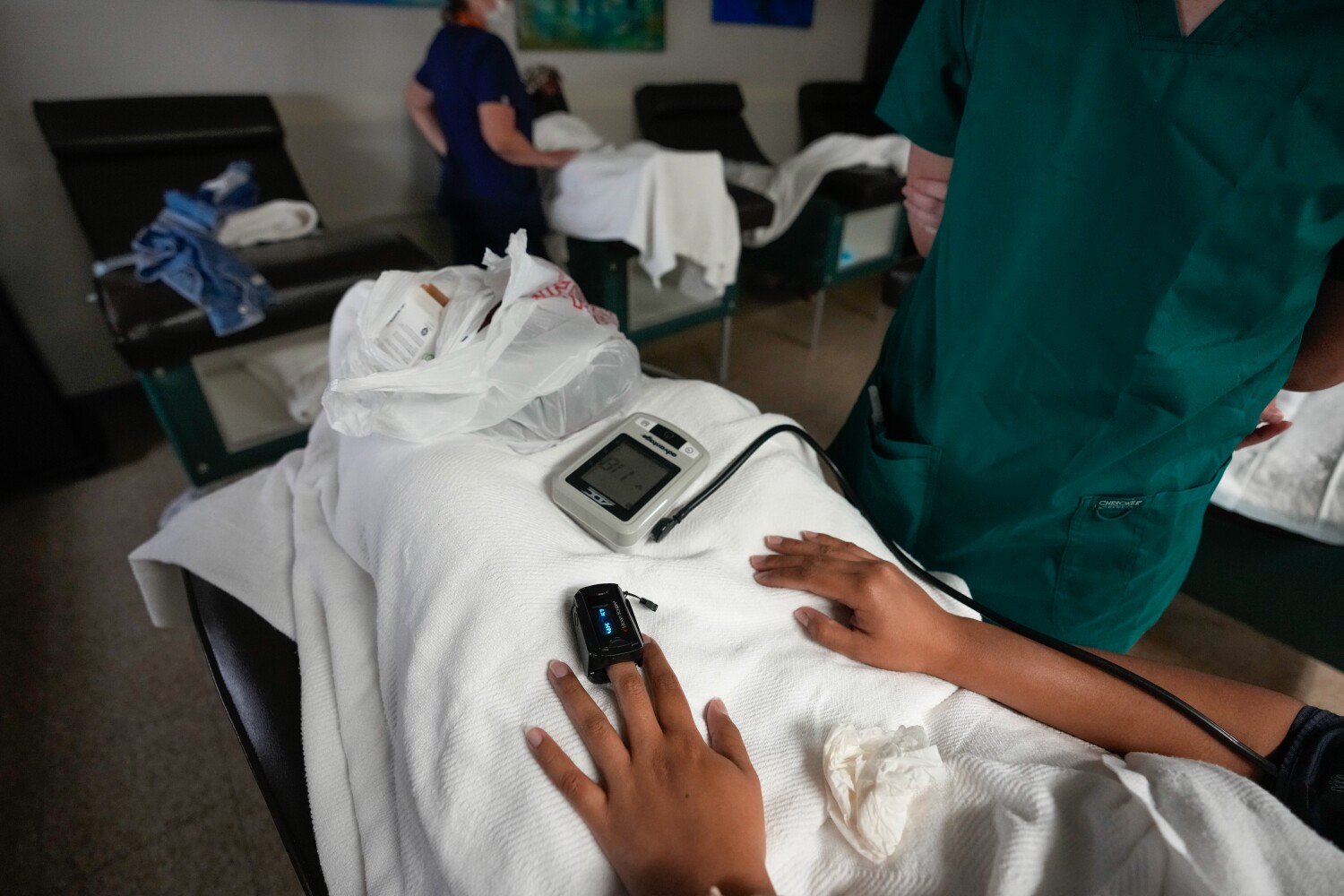 WASHINGTON — Ahead of a historic Supreme Court decision on the fate of Roe vs. Wade, the nation recorded its first significant increase in the abortion rate in more than three decades, according to new statistics.The rate rose 7%, from 13.5 abortions per 1,000 women and girls of child-bearing age in 2017 to 14.4 in 2020, according to the Guttmacher Institute, a research organization that supports abortion rights. Overall, there were 930,160 abortions in the United States in 2020, up 8% from 862,320 in 2017.“Basically, since 1990, this is the first time we’ve had an increase,” said Rachel K. Jones, principal research scientist at the Guttmacher Institute and lead author of the study.Guttmacher’s figures, collected from state health departments and individual providers, are considered by both sides of the abortion debate to be the most accurate national statistics.The last time there was a significant increase in the national abortion rate was in 1988, when it was 27.3 per 1,000 women of child-bearing age. Since then, the figure has been on the decline, with a small bump in 2007. The overall number of abortions nationwide similarly dropped.The study’s authors cited several possible reasons for the increase, including greater private funding to support abortion access and expanded Medicaid coverage for the procedure in some states. The group also speculated that the Trump administration’s cuts to the Title X family-planning and contraception programs may have resulted in more unintended pregnancies.During the same three-year period, the national birth rate declined by 6%, with a total of 3.6 million births in 2020. Because the decline in the number of births was much larger than the increase in abortions, it means fewer people got pregnant and a larger proportion had abortions, the group said.The data are likely to inflame tensions around the Supreme Court’s upcoming abortion decision, expected to be released early next month. A draft copy of the ruling, published last month by Politico, listed five votes to undo the 1973 Roe decision.The draft, which may differ from the final opinion, restored states’ authority to set their own abortion laws. Several states have already moved to make abortion illegal in many or all circumstances.“The need for abortion is growing at the same time that the Supreme Court is getting ready to strike down Roe vs. Wade, which will allow states to ban abortion,” Jones said.The new figures, she said, show that the need for access to abortion remains high.“It means people are getting the healthcare that they want and need,” she said.While the figures showed an increase in the abortion rate nationwide, the story varied significantly by state.The increase in California was more pronounced than in much of the rest of the country: 19.2 per 1,000 women in 2020, up 17% from 2017. There were 154,060 abortions conducted in the state in 2020.California’s health department does not collect abortion statistics; the state’s figures were based on surveys of abortion providers. Some states showed dramatic changes in abortion rates, something the study’s authors say they plan to examine in the months to come.New York’s rate rose substantially between 2017 and 2019 but declined the following year, perhaps because of the COVID-19 pandemic, which hit New York City hard in the early months of 2020.The rate rose 25% in Illinois over the three-year period, likely because it allowed Medicaid to use state funds to pay for abortion and because residents of Missouri — where abortion access is more restricted — crossed state lines.Missouri’s rate fell dramatically over the same period, bolstering the view of abortion rights supporters that patients seeking the procedure will cross state lines if they can.Guttmacher’s statistics cover only abortions overseen by a doctor and not self-managed abortions, including those in which a person obtains pregnancy-ending medication without a healthcare provider.