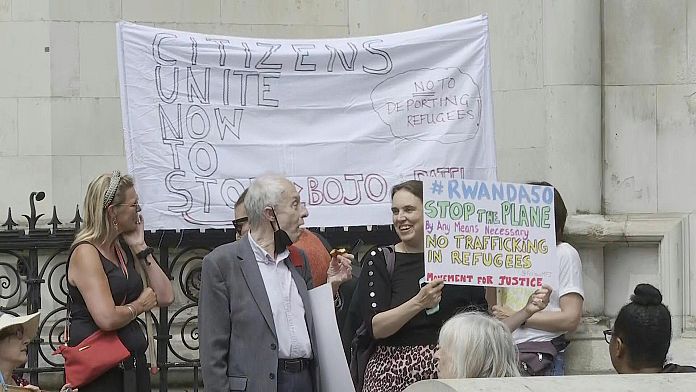 Protesters demonstrate outside the Royal Courts of Justice as UK campaigners get their last chance to stop the government’s first flight of asylum seekers to Rwanda. The government is vowing to push ahead with the planeload of 31 claimants, on a chartered flight on Tuesday from an undisclosed airport. But the same groups have filed an emergency appeal alongside a separate legal challenge, and have been heartened by Prince Charles reportedly dubbing the plan “appalling”.