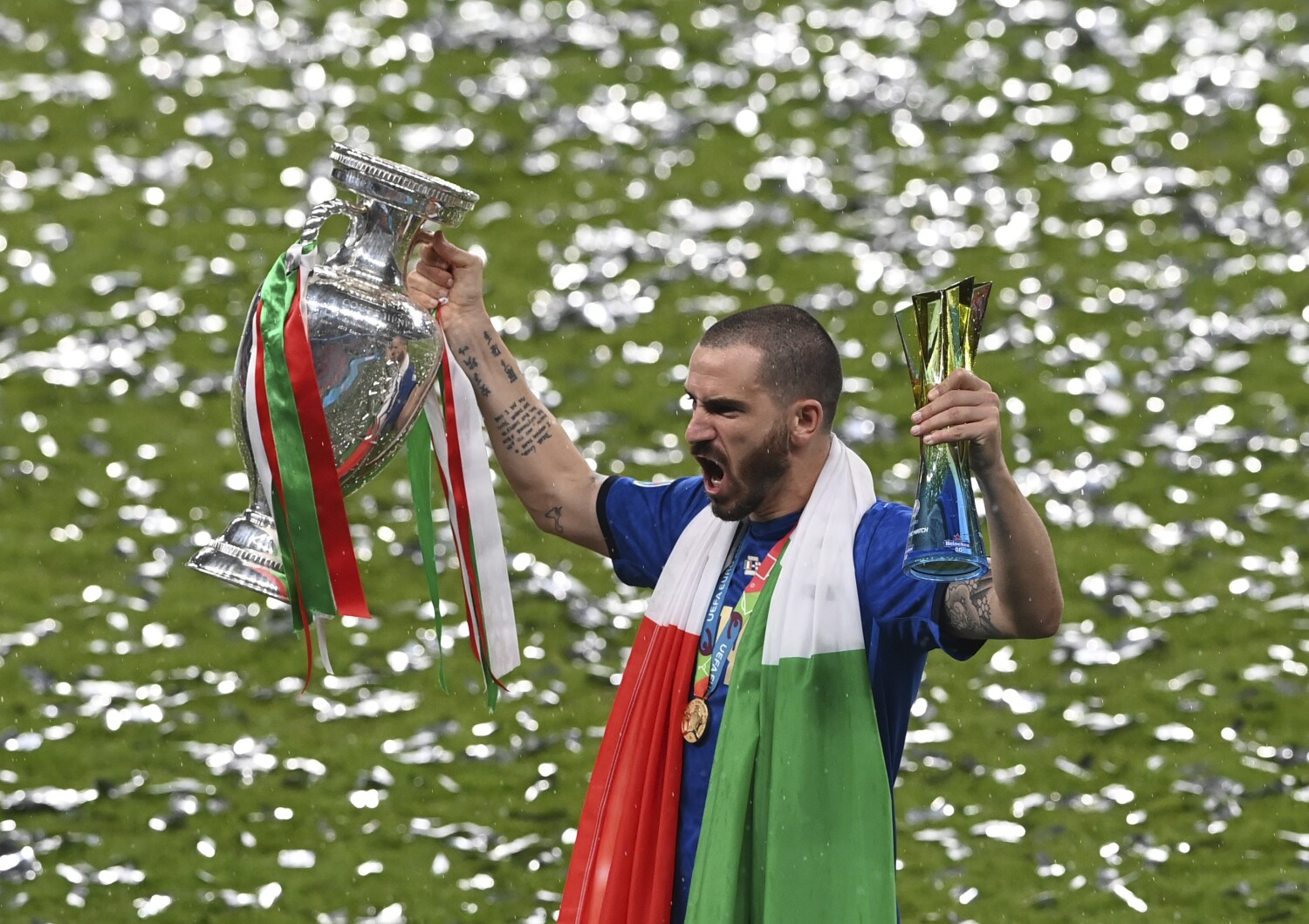 Through its first 4½ seasons, LAFC followed a well-designed strategy of scouting and signing talented if little-known South American players and complementing them with MLS veterans. And it has worked: The rosters that general manager John Thorrington put together have been young and successful, winning a Supporters’ Shield, reaching the final of the CONCACAF Champions League and making the playoffs three times.Given that track record, Monday’s announcement that the team has signed aging Italian center back Giorgio Chiellini to an 18-month contract is … unusual. But Thorrington said the chance to add the iconic former Juventus and Azzurri captain was too good to pass up.“It was a no-brainer,” he said.“The reason this may come across as not fitting the mold of LAFC is that there is no mold of Giorgio Chiellini. He’s one of a kind in terms of what he’s done, how he’s done it. He’s shown a unique ability over the last 15 years of someone who can impart that experience, that wisdom to other people in his team to make that better.”Although details of the contract were not announced, Chiellini was signed using targeted allocation money, meaning his salary must be above the maximum MLS budget charge of $612,500 but less than the $1,612,500 that would require a designated player tag. Although he had another season left on his deal with Juventus, with Italy failing to qualify for this fall’s World Cup, a source close to the player said the club let him out of his contract — which would reportedly have paid him $2.6 million — a year early to sign with LAFC.Chiellini is two months shy of his 38th birthday and hasn’t started more than 16 league games in a season since 2018-19. But then Thorrington isn’t looking for him to play 90 minutes every week. What the team really wants him to do is mentor and inspire a young, talented back line that could be critical to LAFC’s success for years. Juventus defender Giorgio Chiellini, left, challenges Inter Milan’s Nicolo Barella for the ball during the Italian Super Cup final at San Siro Stadium in Milan on Jan. 12, 2022.(Luca Bruno / Associated Press) “I’m picturing myself as a player in MLS and into my locker room walks Giorgio Chiellini. It would be incredible. It would just give you a boost,” Thorrington said. “And not just his presence, but the fact that he is a highly intelligent guy. He has tactical acumen unlike any player I’ve seen in recent history. And he’s got a real ability to communicate that to the others.“Giorgio will make everybody better. Every day Giorgio is in this building, he will add value.”A former teammate and longtime friend agreed.“He’s a guy that can teach the other players. Because of different reasons,” said former Juventus and national team forward Alessandro Del Piero, one of the greatest players in Italian soccer history. “His knowledge, because he’s a champion and because he has the attitude to be helpful.“He’s going to be a really good asset if they’re going to work with him in this way.”Chiellini is the seventh player LAFC has acquired off a European club’s roster. Of the other six, only forwards Carlos Vela and Adama Diomande made a positive impact, but then none of the others had Chiellini’s resume.A two-time World Cup starter who earned 117 international caps, he captained Italy to a European championship and won 20 domestic trophies with Juventus. Massimiliano Allegri, his last manager at Juventus, called him the best defender in the world.He’s coming to a team that has seven defenders under the age of 26, among them teenager Mamadou Fall of Senegal, Ecuadoran international Diego Palacios, Colombian Eddie Segura and home-grown players Tony Leone and Erik Dueñas.“He’s an amazing professional,” Del Piero said. “He’s taken care of every detail about his body and his performance. He’s going to help as much as he can.” Newsletter All about the beautiful game Go inside the L.A. pro soccer scene and beyond in Kevin Baxter’s weekly newsletter. Enter email address Sign Me Up You may occasionally receive promotional content from the Los Angeles Times. There could be one hitch: In a 22-year career, Chiellini has never played outside Italy and for some big-name European players — the kind LAFC has previously made a point of avoiding — getting out of their comfort zone and moving to MLS has proved challenging.“It’s never a slam dunk. It all boils down to the attitude of the player and what that player’s personal goals and reasons are for being here,” said Dave Sarachan, a former MLS manager and assistant coach who worked with David Beckham, Robbie Keane and Steven Gerrard, among others.“It is up to the organization to fully vet the player and his motives and personality.”Thorrington said the team has done that. The player has been on LAFC’s radar since last year when Will Kuntz, the assistant general manager, met Chiellini’s brother at a conference. When Italy failed to qualify for the World Cup in March, movement toward a deal increased on both sides.“The tenor of conversation shifted quickly from ‘this is something of interest’ to ‘this is actually something we can do,’ ” Thorrington said. “This negotiation and conversation was frictionless. It was a guy who met the profile of somebody that we thought could really be helpful. And I think Giorgio was really excited at the type of opportunity we presented.”Del Piero, who moved to Southern California after he retired and opened the trendy Westside Italian restaurant N10, said he helped sell Chiellini on the move.“We’ve been talking for a while and he’s super happy to come,” Del Piero said. “It’s the right decision in the right place.”If Chiellini ever does get homesick, Del Piero said he’s welcome at the restaurant any time.“He’s not going to miss Italian food for sure,” he said.