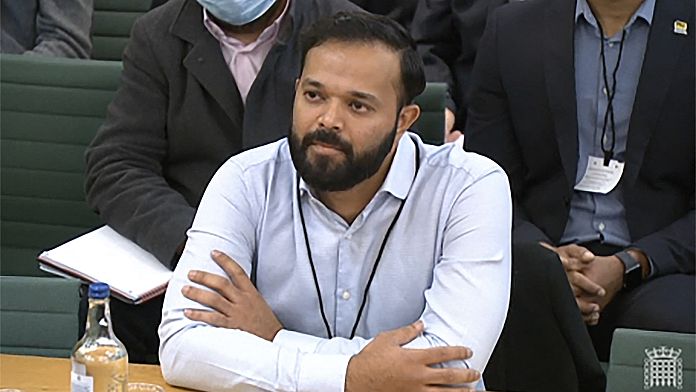 Yorkshire County Cricket Club and a number of individuals have been charged following an investigation into racism claims made by former player Azeem Rafiq, the England and Wales Cricket Board (ECB) said on Wednesday, without naming the people in question.Rafiq, a former England under-19 captain of Pakistani descent, last year alleged that he had been a victim of institutional racism at the club.He told a parliamentary hearing that he felt “isolated” and “humiliated at times” by his treatment at the club from 2008 to 2018.The scandal shook English cricket to its core and led to numerous changes in coaching and administrative personnel at Yorkshire. An independent panel of the Cricket Discipline Commission, the body that handles disciplinary matters in the English domestic game, will hear the cases. It’s expected that these will take place in September and October. The ECB said the charges arose from alleged breaches of a directive covering conduct that is improper, or which may be prejudicial to the interests of cricket, or which may bring the ECB, the sport or any cricketer into disrepute — and of its anti-discrimination code.Rafiq welcomed the ECB announcement and said he was hoping for a speedy conclusion to the investigation. Yorkshire said last year that it would not take any disciplinary action against any of its employees, players, or executives, despite a report that found Rafiq was the victim of racial harassment and bullying. Amid an outcry, several club executives resigned or left the club in the aftermath.The ECB suspended Yorkshire from hosting international matches at its Headingley ground until it could demonstrate an improvement in standards. The suspension was lifted earlier this year after reforms were passed.