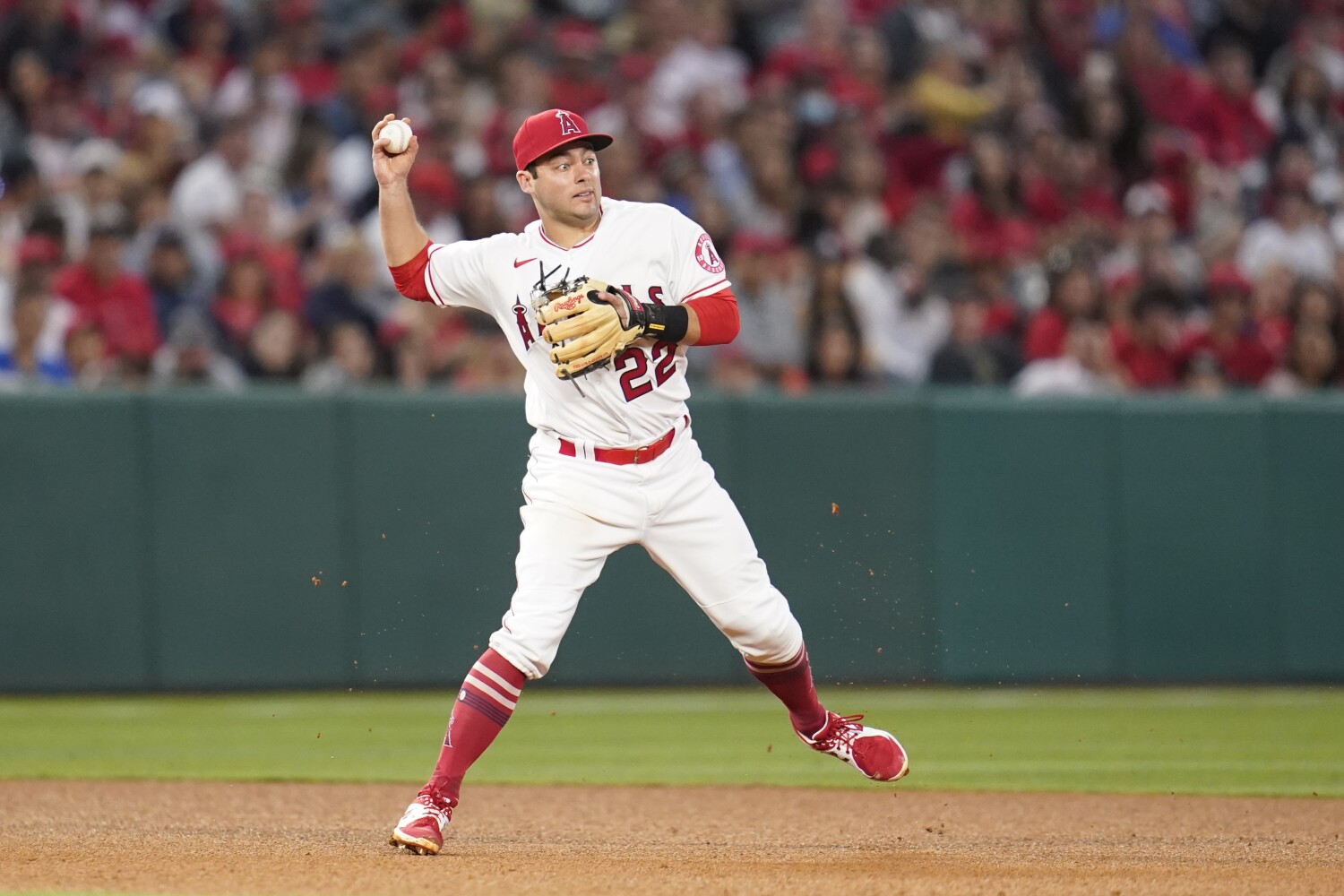 David Fletcher was placed on the 15-day injured list because of a left hip strain on Sunday, and there is a chance the Angels infielder will need surgery that would sideline him for several weeks.Fletcher, who missed three weeks in April because of the same injury, said he will fly to Philadelphia on Monday to see a specialist.Asked before Sunday’s game against the Washington Nationals if surgery were an option, Fletcher said, “Yeah, I think it’s on the table.” But Fletcher is confident that any surgery to repair the hip would not be season-ending.“I still don’t know exactly what we’re gonna do,” said Fletcher, who is in the second year of a five-year, $26-million contract he signed before 2021. “But I don’t think [I would be out for] too long. … Obviously, it’s not ideal, but hopefully I’ll get it fixed and be back pretty soon.”Fletcher said he suffered the injury in spring training. He opened the season as the team’s shortstop but played in only five games before going on the injured list. Fletcher flew to Philadelphia to see the doctor in April and received several cortisone injections.After a short rehabilitation stint at triple-A Salt Lake, Fletcher returned to the Angels on April 29 and played in nine games, but he was not completely healed. He hit .158 (six for 38) with two doubles, two RBIs, three walks and two strikeouts in 14 games.“It hasn’t really gotten worse — it just wasn’t as good as we thought the injection would make it,” Fletcher said. “It limits me a little defensively and running … a little bit of everything, really.”Infielder Luis Rengifo, a switch-hitter who batted .201 with a .556 on-base-plus-slugging percentage, six homers and 18 RBIs in 54 games for the Angels last season, was called up from triple-A Salt Lake for Sunday’s game.The Angels also selected the contract of outfielder Aaron Whitefield, who was at double-A Rocket City. Whitefield, a native of Brisbane, Australia, played three games with the Minnesota Twins in 2020.Left-hander Kenny Rosenberg was optioned to Salt Lake, and infielder Jose Rojas was placed on the injured list with no designation.The Angels also signed veteran outfielder Juan Lagares, who hit .236 with a .638 OPS, six homers and 38 RBIs in 112 games for the Angels last season, to a minor league contract.Lagares, 33, is a superb defender — he won a Gold Glove Award with the New York Mets in 2014 — who can play all three outfield spots and, as a right-handed-hitter, would be a potential platoon partner with Brandon Marsh in left field.