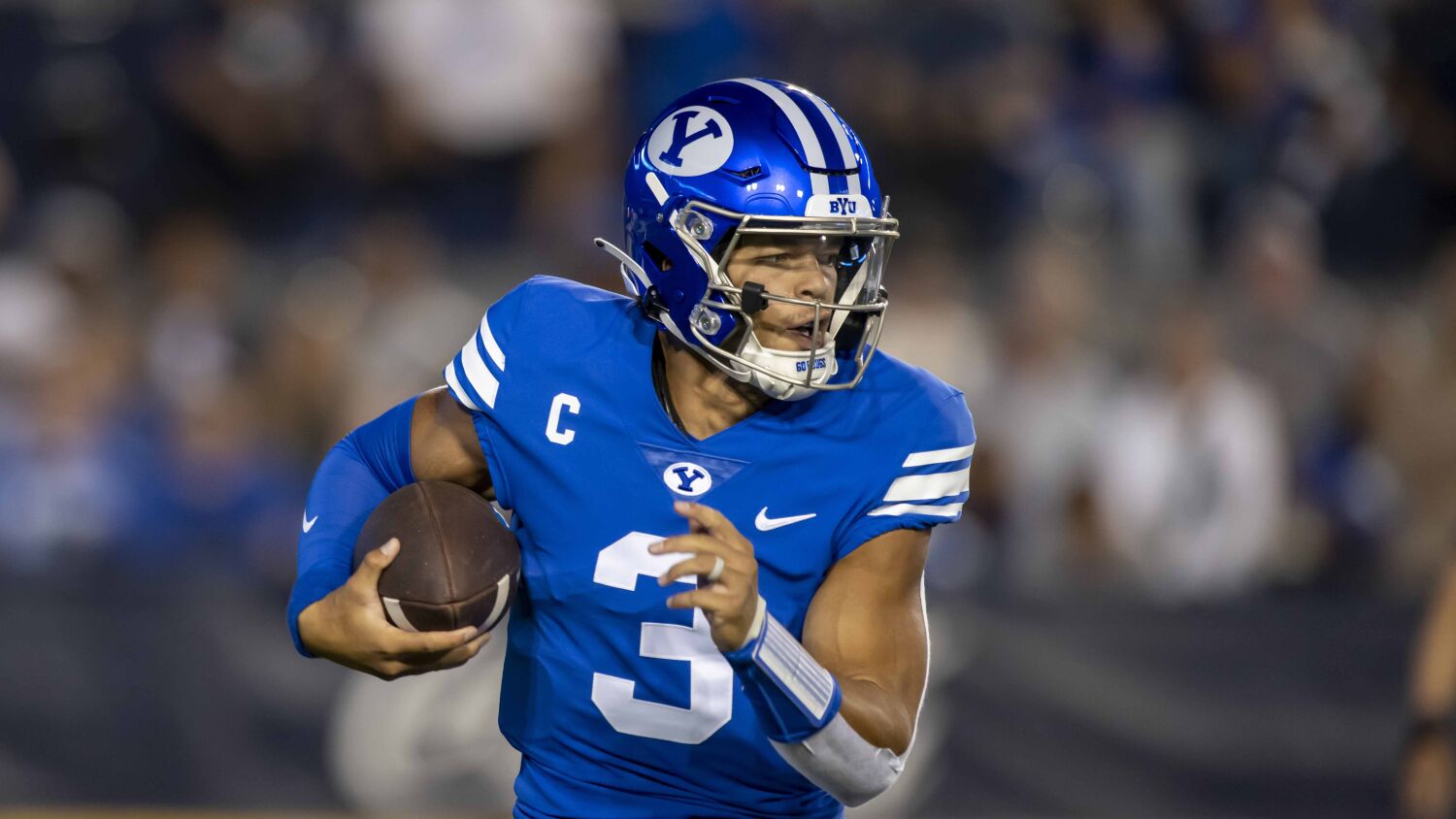 Oregon running back Byron Cardwell scores a touchdown against Eastern Washington on Sept. 10.(Andy Nelson / Associated Press) The Cougars take on a ranked team for the second week in a row when they visit the Ducks at Autzen Stadium in Eugene, where Oregon has won 20 straight. Last week, Brigham Young beat Baylor, a future Big-12 opponent, in double overtime. The Ducks rebounded from their lopsided loss to Georgia to pummel Eastern Washington 70-14, with quarterback Bo Nix passing for 277 yards and five touchdowns. Oregon is favored by 3½ points. How to watch: 12:30 p.m. Fox, Fox Sports app