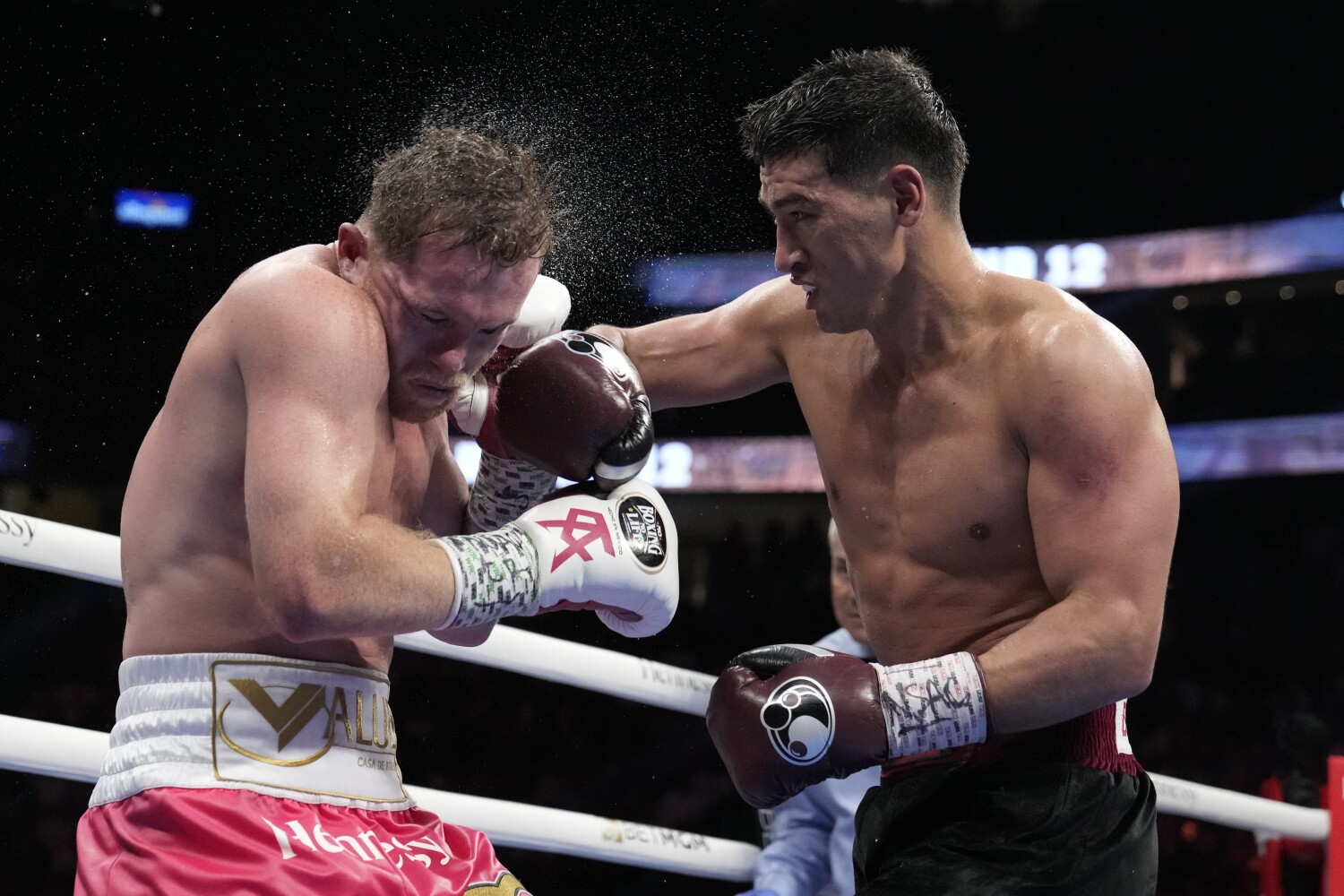 LAS VEGAS — Canelo Álvarez had three minutes to avoid disaster, one round to knock out Dmitry Bivol and salvage what the world thought would’ve been an easy victory.A minute into his final chance, Álvarez, the Mexican superstar fighting on Cinco de Mayo weekend, was being booed by a crowd that adored him. A minute later, Mike Tyson, sitting ringside, decided he had seen enough and left.Álvarez wasn’t going to pull off the miracle. He wasn’t going to put the bigger Bivol on his back. Bivol was, stunningly, too good. Nothing was working. And when the three minutes were up, after Bivol connected with a few more clean shots, the question was whether the three judges would steal a win for the star of Saturday night’s show at T-Mobile Arena.Bivol won the fight, as he should have, though by a unanimous decision that was closer than it should’ve been. Each judge scored the fight 115-113 for Bivol (20-0, 11 knockouts).“It was my turn to lose today,” Álvarez said in Spanish in the ring after his first loss in nine years. “I don’t have any excuses. I didn’t do enough to win.”Álvarez struck a different tone in his post-fight news conference, saying he didn’t think he lost to Bivol. “He won four, five rounds, maximum.”It was just the second professional defeat for Álvarez (57-2-2, 39 KOs). The other was against Floyd Mayweather Jr. as a light-middleweight. He fought Saturday as a light-heavyweight (175 pounds) for the second time in his career, challenging Bivol for his World Boxing Assn. title.Álvarez was the heavy favorite, better than 5 to 1, against the soft-spoken Russian. He was expected to win to officially set up his long-awaited third fight against Gennadiy Golovkin. That bout was tentatively scheduled for Sept. 17, the day after Mexican Independence Day. SoFi Stadium was being considered as the site. It would have been a huge draw.There’s now a chance that fight won’t happen, at least not in September. Dmitry Bivol, left, celebrates immediately after defeating four-belt champion Canelo Álvarez on Saturday.(John Locher / Associated Press) Dmitry Bivol celebrates after his victory by unanimous decision Saturday night.(John Locher / Associated Press) “Thank you, Eddie Hearn,” Bivol said, referring to Álvarez’s promoter. “Sorry I broke your plans with Gennadiy Golovkin, maybe.”Instead, a rematch is possible, perhaps for that September date. Álvarez said he wants one.“It doesn’t end like this,” he said.Bivol said he would give Álvarez another shot.“No problem,” Bivol said. “Let’s talk about one.”The two fighters took the ring after an underwhelming undercard punctuated by a boring victory by Montana Love over crowd favorite Gabriel Gollaz Valenzuela, a native of Jalisco, Mexico.Boos filled the arena for Bivol’s entrance. The Russian was understated for his ring walk. His opponent was not.Álvarez emerged from the tunnel on a platform that lifted him for everyone to see. Pyrotechnics and smoke went off around him. He pumped his fist while a mariachi played the “Rocky” theme song. He wore pink Dolce & Gabbana garb and walked to the ring with a group of folklórico dancers behind him. Dmitry Bivol, left, throws a punch at Canelo Álvarez during their light heavyweight fight Saturday.(John Locher / Associated Press) Canelo Álvarez reacts after his loss to Dmitry Bivol on Saturday night.(John Locher / Associated Press) A Mexican flag was waved in the ring. Dozens of others were sprinkled throughout the crowd. In the other corner, there was no sign of Bivol’s Russian background. His flag didn’t appear. His national anthem wasn’t played.Bivol, despite being the champion, was introduced first. In the introduction, the ring announcer said Bivol was fighting out of Indio and didn’t mention St. Petersburg, his hometown. The erasure was expected: The WBA in March ruled to prohibit anything Russian — except fighters — from its events during Russia’s war in the Ukraine.Bivol was an afterthought anyway. The event was about Álvarez fighting on Cinco de Mayo weekend for the first time in three years.He was the headliner. The night was supposed to be about him. It became about him being overmatched from start to finish.Álvarez was aggressive in the early going but seemed to tire by the middle rounds. Bivol remained in control. Calm and cool, he didn’t relent. He landed 152 punches to Álvarez’s 84. He connected with 46 jabs while Álvarez hit him with just 10. Power shots were 106 to 74. Bivol said Álvarez hurt him, but just his left arm, as he expected from seeing his opponent’s previous fights.It was a thorough victory, one most nearly everyone in attendance didn’t anticipate. What should’ve been a Mexican celebration became a shocking disappointment.“Feliz Cinco de Mayo, Mexican fans!” Bivol said, addressing the crowd in the ring. “I’m glad I proved myself today I’m the best.”