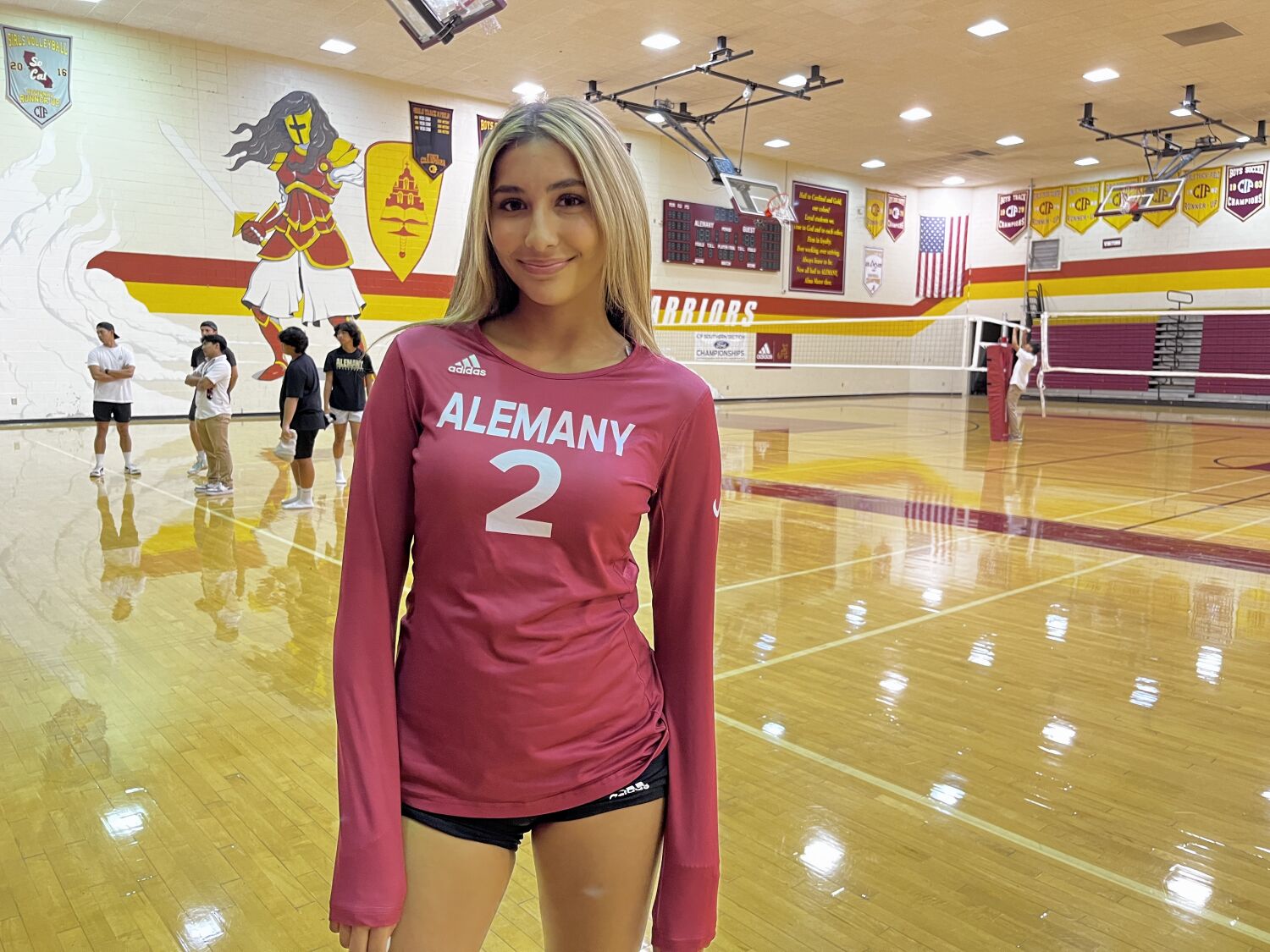 Last season, for the Mission Hills Bishop Alemany girls’ volleyball team, was a funhouse of nightmares.Take a step inside, and you’d see top outside hitter London Wijay tearing her abdominal muscle. Continue walking, and there was Wijay getting stung by a bee, suddenly discovering she was allergic, and swelling up so much she played against Marlborough one-handed. Curve around a bend, and there was outside hitter Gabi Polishuk slipping on a puddle and tearing her medial collateral ligament right before playoffs.“We all wanted to overcome these weird, freak accidents,” Polishuk, now a junior, said.The Warriors escaped to win a Southern Section Division 4 title after starting unranked. They’ve moved up to Division 3 this season, and after long feeling like an underdog, have the goal to win a stacked Mission League usually dominated by teams like Los Angeles Marymount and Studio City Harvard-Westlake.Then, before the season, Chatsworth Sierra Canyon, boasting an armada of talent including 6-foot-4 Pittsburgh commit Olivia Babcock, joined the league. A much-needed influx of competition for the Trailblazers — but another “beast to prepare for,” as Alemany coach Morgan Wijay said, for the rest of the Mission League.“Kind of annoying, I’m not gonna lie,” Morgan Wijay said.Alemany is quickly establishing that it’s not a lower-division afterthought, even if most everyone on the roster is undersized. The 5-foot-10 Wijay, last year’s Division 4 player of the year, wants to prove height doesn’t matter when it comes to hitting. She grew up a “gym rat” to a longtime coach in Morgan, she said, taking naps in volleyball carts. Now, she’s committed to Texas A&M and signed with marketing agency Endurance Sports Management to explore NIL deals.Their biggest measuring stick will be against Sierra Canyon on Tuesday. A win would be a monumental upset — but everyone believes they’ll get it done, Polishuk said.“Being as short as we are, we have a chip on our shoulder to go beat out tall girls,” she said. “That team is tall, and they have power. And we’re not giving up [against] them.”Here are The Times’ updated Southern Section rankings as league play gets underway, with previous ranking:1. Mira Costa (1): Next big test is Sept. 27 at Redondo Union.2. Sierra Canyon (2): Early-season loss to Mira Costa is the only thing keeping them from the top spot.3. Mater Dei (5): Won Silver Division of Durango Classic on Saturday.4. Marymount (4): Back-to-back runner-up at the prestigious Dave Mohs and Durango Classic tournaments the past two weekends.5. Redondo Union (3): Junior Addy Benefield, a transfer from Canada, looks like a difference-maker, but Sea Hawks had subpar showing at Durango.6. Huntington Beach (6): Hung tough with Marymount at Dave Mohs in eventual loss.7. San Clemente (not ranked): Upstart Tritons rise after knocking off Sierra Canyon, Palos Verdes, Mater Dei.8. Lakewood (7): Threat to any team on any given night.9. Alemany (not ranked): Beat Harvard-Westlake, last week’s No. 9-ranked team, in three sets.10. Palos Verdes: Sophomore Kaci De Maria draws buzz wherever she goes.City Section dogfightAs much of a toss-up as the Southern Section has been, a month into the start of the season, there’s even less clarity on how to rank the top six teams in the City Section.Woodland Hills Taft was The Times’ top-ranked team two weeks ago. But, as coach Arman Mercado said Wednesday, they could show up against Granada Hills and “completely lay an egg.”Granada Hills beat Taft in three sets Thursday.“There are so many good programs right now,” Palisades coach Carlos Gray said.Top five in the City Section with previous ranking:1. El Camino Real (1): Notched a five-set win over Granada Hills on Sept. 12.2. Granada Hills (3): Like El Camino, have toughened up by playing Southern Section opponents.3. Taft (1): As teams focus attention on Julia Bazylevych and Prior Borick, Mercado said, junior 6-2 middle Claire Mussell has his vote for team MVP.4. Palisades (4): Freshman outside hitter Annabelle Redaelli, whom Gray called “special,” is an indoor and beach standout.5. Venice (2): Have gone 0-3 against Palisades this season.