Wimbledon is ‘best tournament in the world’, says Tim Henman 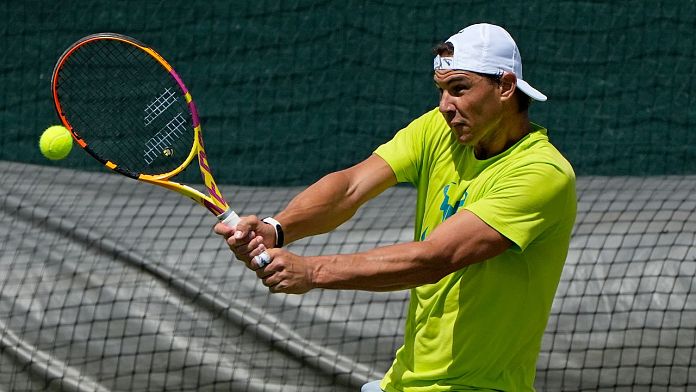 The final preparations for this year’s edition of the Wimbledon tennis tournament are being finalised, and the world-famous tournament is ready to welcome the sport’s finest players, with the All England Club celebrating a centenary of action on the centre court.A stellar lineup of tennis’ greatest will take part for what could be one of their final times at Wimbledon, as the crown of the British sporting summer returns.Euronews sports editor Andy Robini spoke to former British No.1 Tim Henman about what makes the championship so special.”I personally would say that Wimbledon is the best tennis tournament in the world,” says Henman. “It is really about the history, tradition, the grass courts, the predominantly white clothing and I think when you reflect back to when the event started back in 1877, it certainly has a lot of history and traditions so I’m looking forward to it.”Henman never won a Grand Slam at Wimbledon, but he did reach the semi-finals on four occasions. He says the way to win the tournament is different now to when he was playing.  “I think grasscourt tennis has changed over the years. It was much more ‘serve and volley’ dominated, but now I think you see a lot more of the action from the back of the court. Physically, technically, and mentally, you’ve got to be ready to go,” he said. “The Grand Slam is over two weeks [long] so you have got to be ready to try and win seven matches.”The last hurrah?Many of the world’s biggest names are set to take part, with Serena Williams, Rafael Nadal, Novak Djokovic and Andy Murray all featuring on the grass court.Emerging stars like Emma Raducanu, Iga Swiatek and Carlos Alcaraz are also playing, many of them hoping to mount their Wimbledon journey.Despite announcing last year his career was finished due to a chronic foot injury, 36-year-old Nadal proved his resilience, fighting back to win the Australian Open and French Open titles this year. Could he add a third Wimbledon title to his name before bowing out? It would be an impressive feat. For Serena Williams, the seven-time Grand Slam holder will make her singles comeback. In last year’s event, the 40-year-old American had to end her campaign early after suffering a hamstring injury on the first day of action.Williams made her return to the WTA Tour at Eastbourne earlier this week, playing in the doubles alongside Tunisia’s Ons Jabeur.No Russian or Belarussian playersIt will be another SW19 tournament which has a different feel because of a major global crisis.There are no ranking points available for the players because Wimbledon, unlike its Grand Slam partners at the French Open and US Open, decided to ban Russian and Belarusian players from competing because of the invasion of Ukraine.Daniil Medvedev — the Russian who is the men’s world number one — is the biggest absentee because of the move. Fellow Russian Andrey Rublev is another top-10 player not present in the men’s draw.On the women’s side, Belarusian world number six Aryna Sabalenka is the most notable absentee.The seedings for Wimbledon now directly follow the world rankings after previously taking into account past performances on the grass.