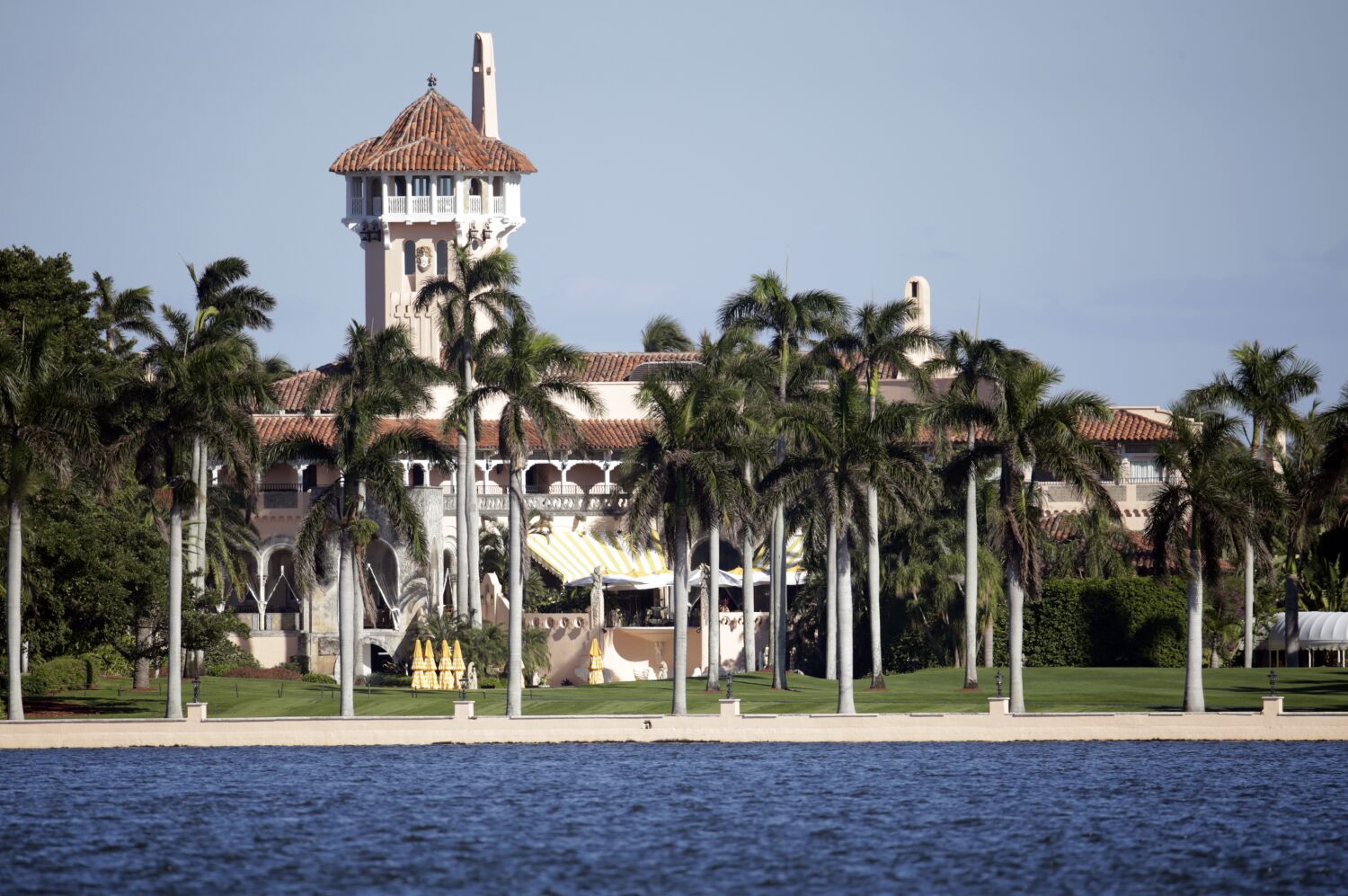 WASHINGTON —  The Department of Justice has asked the 11th Circuit Court of Appeals in Atlanta to stay a portion of a federal judge’s decision to appoint a special master to review materials seized during the Aug. 8 search of former President Trump’s Florida home.The request is narrowly focused on the judge’s decision to have a third-party arbiter evaluate the approximately 100 classified records found in the search and to prevent the department from using the documents in its ongoing investigation until the review, expected to take months, is complete.“Although the government believes the district court fundamentally erred in appointing a special master and granting injunctive relief, the government seeks to stay only the portions of the order causing the most serious and immediate harm to the government and the public,” the filing states.On Thursday, U.S. District Judge Aileen Cannon named Raymond Dearie, a senior judge of the U.S. District Court for the Eastern District of New York, as special master, and gave him access to the full cache of around 11,000 records seized from the property. The Justice Department had objected that he did not need to review classified records because Trump has no claim of privilege over classified material belonging to the government. Cannon’s order also gives Trump’s legal team access to the classified records, and makes no stipulation that they hold security clearances.The special master is supposed to set aside any materials that might be protected from the investigation by claims of attorney-client or executive privilege. Cannon agreed to allow the intelligence community to continue a national security review of the documents, but enjoined the Justice Department from using the materials for its investigation until the special master’s review is complete. She dismissed the Justice Department’s argument that it would be unworkable to separate the criminal investigation from a national security review because the FBI plays a leading role in both.The Justice Department had warned it would appeal Cannon’s decision if she didn’t modify her decision preventing investigators from accessing the classified materials during the special master review.The department has said a special master is not necessary, in part because officials had already completed a review of documents potentially subject to attorney-client privilege and set them aside. It has also argued that a special master should not resolve claims of executive privilege.