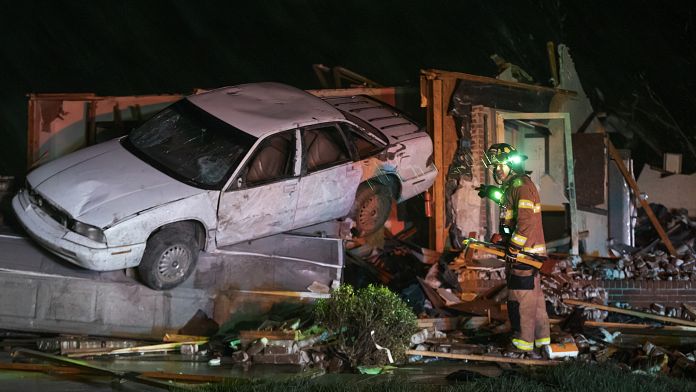 A large destructive tornado swept through an area near the city of Wichita in Kansas, causing damage to as many as 100 buildings, according to media reports.The worst-affected area was reportedly the town of Andover east of Wichita.The chief of the Wichita Fire Brigade was quoted in news reports as saying that 12 people had suffered minor injuries as a result of the tornado and that some people had to be rescued from their homes.The tornado hit as several states in the US Midwest were under severe thunderstorm warnings.