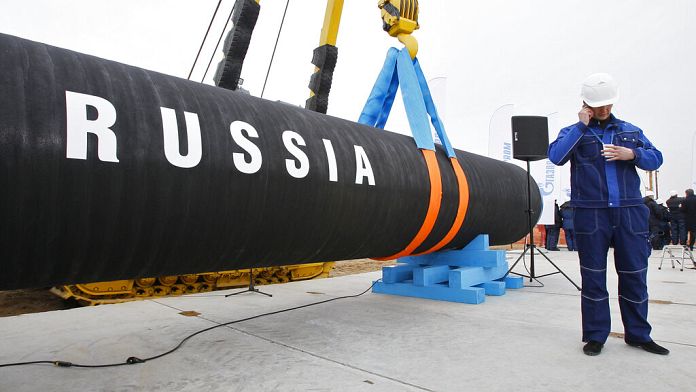 Moscow has announced that Nord Stream 2 will be “replaced” by an alternative gas pipeline to China. Power of Siberia 2, something Moscow and Beijing have discussed for several years, will take the place of Nord Stream 2, said Russian Energy Minister Alexander Novak on Thursday.Nordstream 2 is a proposed route for bringing Russian gas to Europe, particularly Germany. Construction of the controversial pipeline was completed in September 2021, though its certification was suspended following Russia’s invasion of Ukraine. Speaking on Russian state television, Novak was asked if the Asian pipeline could replace its European counterpart within Russia’s energy strategy — to which he replied “yes”. Earlier in the day, the minister indicated that Russia and China would soon sign a deal to deliver “50 billion cubic metres of gas” per year via the proposed Power of Siberia 2 pipeline.This volume represents almost the maximum capacity of Nord Stream 1 – 55 billion m³ in total – which has been shut down since September.Nord Stream 1, connecting Russia and Germany, used to carry around one-third of Russian gas deliveries to the European Union.Power of Siberia 2 will supply China’s energy-hungry economy through Mongolia from western Russia. Building works are set to start in 2024. It is the successor to the Gazprom-operated Power of Siberia 1 pipeline, stretching from eastern Siberia to northern China. Moscow wants Power of Siberia 2 to replace the shelved Nord Stream 2 pipeline, a project long supported by Germany, but which the United States took a very dim view of, over concerns about European dependence on Russian energy. Exports of gas from Russia will “drop by around 50 billion m³” in 2022, Novak added during Thursday’s interview. Meanwhile, the Russian energy minister said energy giant Gazprom is planning to “increase its deliveries” to China to “20 billion m³ of gas” each year.The connection at the beginning of 2023 of the Kovytka field, near Lake Baikal, to the Power of Siberia will contribute significantly to this increase.In 2025 — the year the pipeline will reach maximum capacity — more than 61 billion m³ of Russian gas will be carried to China.