No more a safe path: Nigerians mourn the victims of the deadly train attack 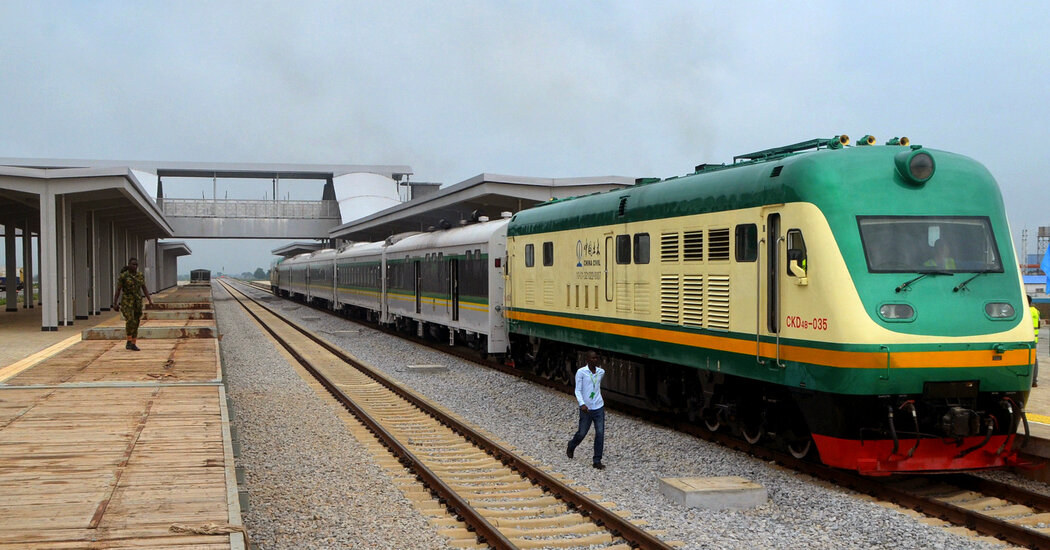 DAKAR, Senegal – Hundreds of passengers on a train, many regular commuters traveling north from Nigerian capital Abuja to the thriving city of Kaduna, were minutes away from their final destination on Monday evening when they heard a bump and the train arrived at a Stop.

The next thing they knew, gunmen riddled the train carriages with bullets and rushed aboard, ordering passengers to disembark.In a first-class carriage, Regina Ngorngor, a 46-year-old librarian, said she was hiding under the seat and was covered in luggage when she heard the first shots. The gunmen later shouted, “Everyone get out, or we’ll shoot you,” but she remained hidden.

Hours later, she said, she was rescued by the Nigerian army, unharmed but her body covered in blood and dead passengers lying nearby. At least eight people were killed and 26 wounded in the attack and an unknown number are still missing: their relatives fear they have been kidnapped.

The attack severely shook Nigeria because the railway line was seen as a safe alternative to the busy highway north of the capital, where armed groups have been robbing and kidnapping drivers for years, extorting ransoms.

“Now people are afraid of using the road, the train, and they are just tired of that insecurity,” said Yusuf Felix, a 30-year-old communications specialist at a civil society organization, who on Tuesday donated blood to a Kaduna hospital where some of the victims were treated.

The incident exacerbated the government’s deep sense of insecurity and resentment in Nigeria, the most populous country in Africa, where gunmen in the Northwest escalated their attacks: kidnapping schoolchildren, killing villagers and kidnapping civilians for purpose. of ransom.

Although no group claimed responsibility for the train attack, an increasing number of armed groups now roam the region. What began as vigilante groups formed to defend herders and farmers from each other has morphed into banditry, analysts say, with individuals using more sophisticated weapons and more violent methods.

Some adopted an Islamist appearance or claimed affiliation with Islamist groups: Three passengers who were on the train on Monday claimed in interviews that the attackers had shouted “Allahu akbar”, a phrase in the Muslim prayer that was co-opted by the terrorists.

Monday’s attack was the second on the Abuja-Kaduna line in months, and came just days after gunmen killed a security guard in an attack on the Kaduna city airport.

According to Kabir Adamu, a security expert who conducted a safety assessment on the line, on the popular two-and-a-half-hour regional railway line, at least one armed guard sits in each carriage and plainclothes officers patrol the train.

“A criminal agenda has emerged and over time the ferocity of the attacks has increased,” said Adamu, chief executive officer of Beacon Consulting Limited, an Abuja-based security and intelligence company. “The Nigerian state has not been able to hold accountable those responsible for the safety of the population.”

The escalation of violence in the north of the country is a major setback for President Muhammadu Buhari, who was elected in 2015 on the promise that security would be a top priority, said Nnamdi Obasi, a Lagos citizen. senior consultant for Nigeria at the International Crisis Group.

“There was some hope at the time of his election that Buhari, a former military from the north, would be well positioned to deal with insecurity,” Obasi said. “It was a big disappointment.”

Mr. Buhari on Tuesday denounced the assault on the train as a “callous attack” and said that “no one should be allowed to hold the country hostage.”

On Tuesday, Nigerians blamed the 79-year-old president for his failure to stem the tide of violence. Many also criticized him on social media for allegedly planning to attend a soccer match between the Nigerian and Ghanaian national teams in Abuja while the families were in mourning or caring for survivors. But an intelligence memo published Wednesday in local media indicated that Mr. Buhari had remained away from the stadium after the country’s security services warned him of a potential bomb attack.

The Nigerian Railway Corporation said more than 360 passengers were on board when the attack took place on Monday, but several local news reports claimed there were nearly 1,000.

Among the victims was Chinelo Megafu Nwando, a dentist returning from Abuja after obtaining a visa to travel abroad; Abdul Isa Kofar-Mata, director of the highest Nigerian organization for technical education; and Farida Sule Muhammed, a 29-year-old banker.

Another passenger, Maimunnat Ibrahim, 29, said he was sleeping when he felt the impact on the platform and the train stopped. He heard gunshots and gunmen breaking windows. As they stormed the first-class coach who was next to her, Ms. Ibrahim realized that she was bleeding: she had been shot in her thigh.

Ms. Ibrahim said in a telephone interview from a hospital on Wednesday, where she was still being treated, that several passengers on her bus had died from gunshot wounds or in a stampede when they rushed off the train.

Many families on Wednesday were still looking for missing relatives.

“I didn’t hear her and her phone won’t connect,” said Peter Aboi of his 28-year-old twin sister, Peace, who was returning home to Kaduna. Their cousin, who was traveling with Peace, also disappeared.

In a statement confirming Ms. Nwando’s death, the dentist, a representative of the Nigerian Medical Association, said rampant insecurity was a tragedy that is driving educated professionals to leave the country.

“The useless bloodletting and the senseless loss of human life are almost becoming a recurring decimal in our country”, said the representative Aniekeme Uwah, “thus aggravating the alarming effects of the brain drain, which in many cases have been attributable to worsening of the security situation in the nation. “

Saxophonist and tennis player, Ms. Nwando was known for her enthusiasm and non-judgmental attitude towards others, according to Chimeze Ibe, 31, a friend and former college classmate.

“She loved life, she just liked being herself,” said Mr. Ibe.

Train traffic has been suspended since Wednesday, blocking countless residents who rely on the route and who do not want to use the even more dangerous highway.

In a telephone interview from her home in Kaduna, Ms. Ngorngor, the librarian who hid for two hours on the train, was still in shock. “The kidnappers said more would come,” she said. “They said they were just starting.”