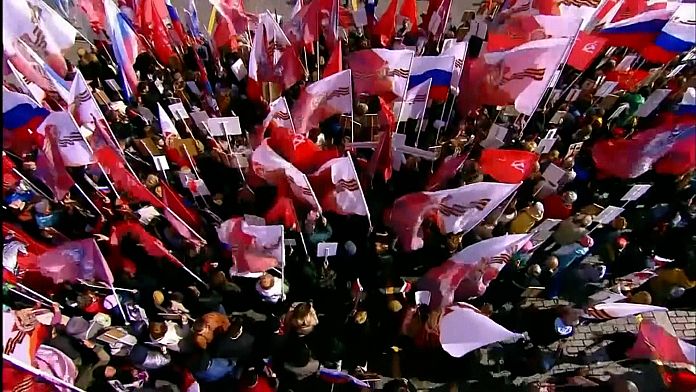 Thousands of people attended the Immortal Regiment march in Moscow on Monday, remembering those who died in World War II.The march was part of Moscow’s Victory Day celebrations, marking the 77th anniversary of the Soviet victory over Nazi GermanyRussian President Vladimir Putin joined the crowd at the Red Square with a portrait of his father, war veteran Vladimir Spiridonovich Putin.